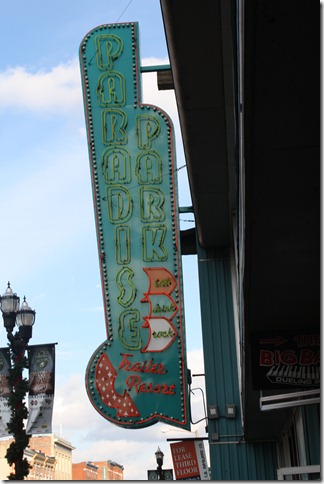 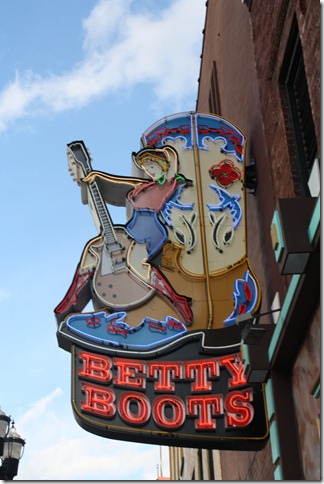 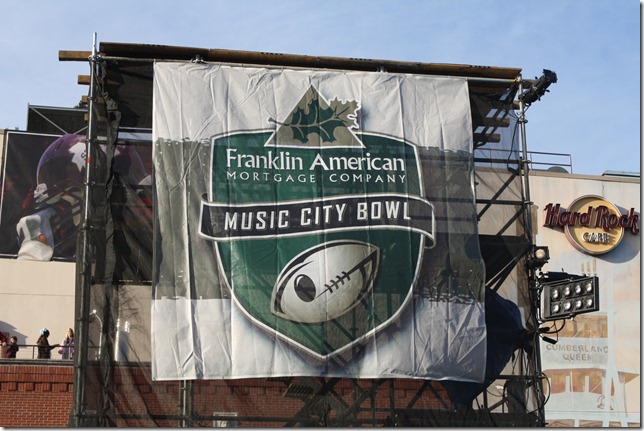 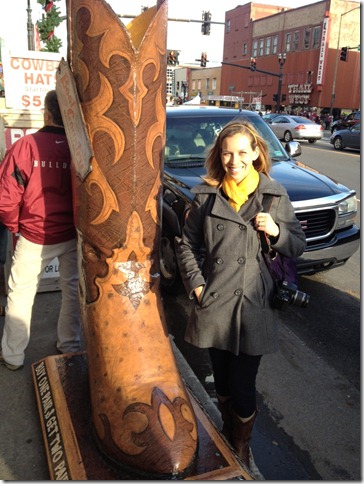 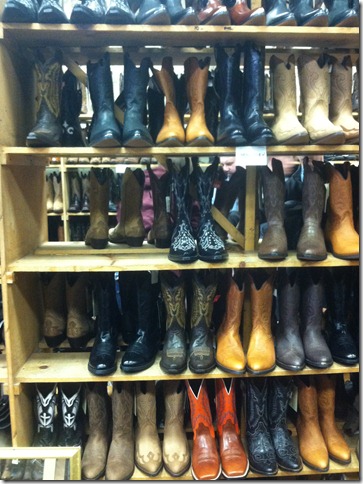 Nashville!  We packed a lot in to our one day in Nashville.  I had breakfast in the morning with my high school friend, Tamara and her boyfriend, Max.  I haven’t seen Tamara since my wedding and had never met Max, so breakfast turned into wandering over to the coffee shop next door to linger a little longer…

Then I headed back to the hotel to pick up Matt, and we turned around and came back downtown… to eat again!  We went to this place over near Vanderbilt’s called Jackson’s Bistro.  It was so, so good.  I wanted at least ten things on the menu, but since I had just come from breakfast a few hours earlier I stuck with a Caesar salad and tomato soup (which coincidentally, happen to be two my favorite foods anyways.)  But before I could sign that meal off as being too healthy, Matt and I split what the restaurant is famous for – a cookie dough egg roll.  It was as amazing as it sounds. 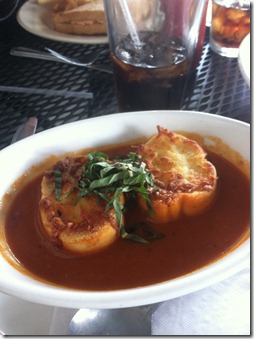 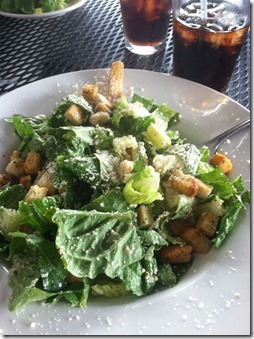 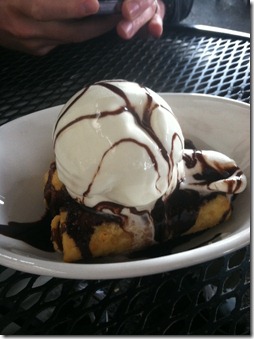 Now, thoroughly stuffed, we drove over to the Broadway area to see the infamous stretch of Honky-Tonks.  The road was blocked off near the river for a pep rally for the game, and the streets were packed with Wake Forest and Mississippi State fans.  Sadly, more Miss St fans than Wake fans…. my ears were already bleeding from the sound of cowbells which threatened to drown out the noise of the live bands playing in each of the bars.  We wandered for a bit, then settled in to one bar with some live music that was a Shania Twain-Patsy Cline cross.  (Side note: you don’t realize quite how much you appreciate the smoking ban in bars until you are someplace that does NOT have it.  Ugh.)  We tapped our heels to Any Man of Mine and I Go Walkin’ for a few rounds, then packed it up to head over to the stadium. 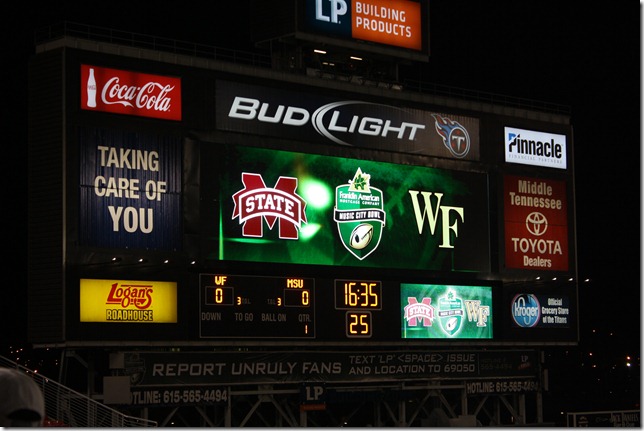 The stadium was surprisingly full – and the cow bells were once again in full effect. 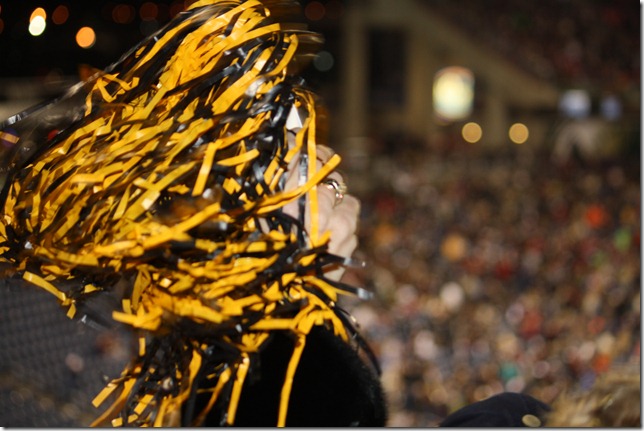 There’s something different about being at a bowl game (or away game, for that matter) with your fellow fans.  There’s a more intense camaraderie than there is even at a home game.  (That feeling didn’t stop me from wanting to “accidentally” dump my $8 soda on to the fan sitting next to me who thought it was her explicit job to let the defense know it was time to TACKLE TACKLE TACKLE on every single play.)

We cheered and we cheered, but alas the Deacs didn’t go home victorious this game.  It was a pretty close back and forth game, so it definitely wasn’t a complete embarrassment unlike some of other losses this year.  Disappointing to lose but a fun experience nonetheless. 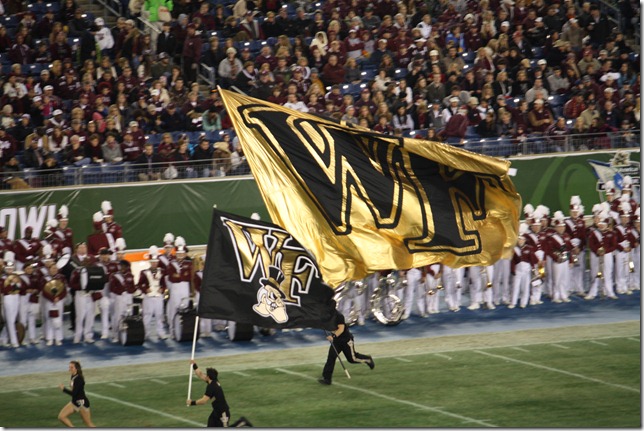 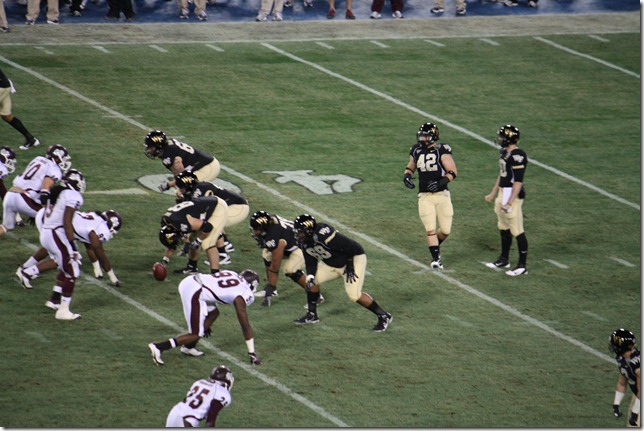 Go Deacs!  And now…. time to wrap up this adventure and Go Home! 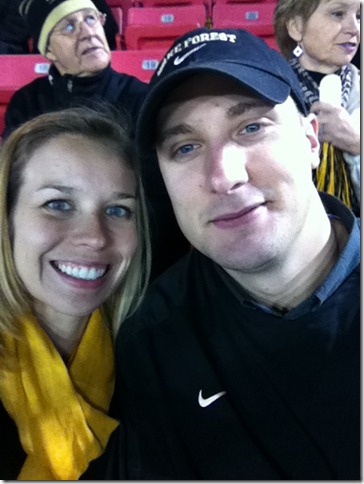 Better be ready to go back in April! Sad we couldn't join you for the bowl game, but at least you had fun!