It has been a full month of many firsts for Bo this month, but I’ll go on record as saying his favorite first might just have to be first taste of real food. It snuck up on me that it was time to start solids! We went to his 4 month appointment and walked away with a handout that read “Starting Your Baby on Solids.” Well then!

I had tried giving him a little taste of mashed squash at Thanksgiving and he wasn’t particularly interested or coordinated enough to try it and it just resulted in some seriously messy laundry. But, with my trusty handout by my side, I whipped up his first batch of oatmeal – making it extra soupy by mixing it with formula – and…. down the hatch it went!

Since then, we have enthusiastically added sweet potatoes, carrots and squash to the line-up. Peas are tolerated by only to a certain point. Then it’s clamped mouth, turned head. If he knew how to sign “all done,” I’m pretty sure it would follow the first bite. The orange veggies, however, are quite welcomed and any oatmeal with a little veggie stirred in is well-received too. His mouth is open before I even have the spoon hovering in the air, and as soon as he sees it coming towards him, he tries to the grab the spoon from me to feed himself.

I guess it should not come as any big surprise that this child loves food, given how enthusiastic his parents are about mealtimes. 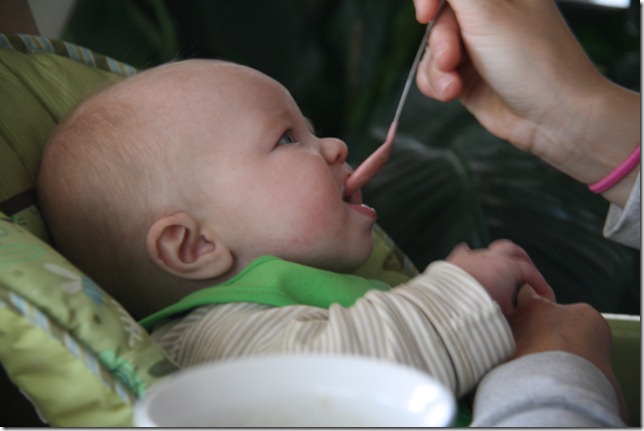 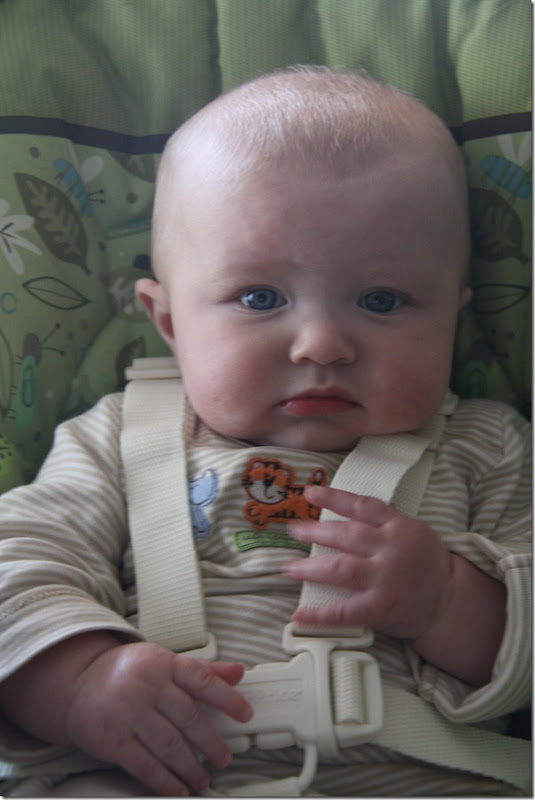 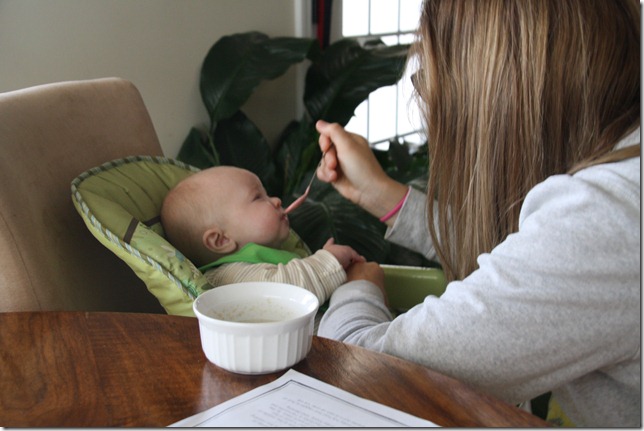 And now we’ve progressed to this… 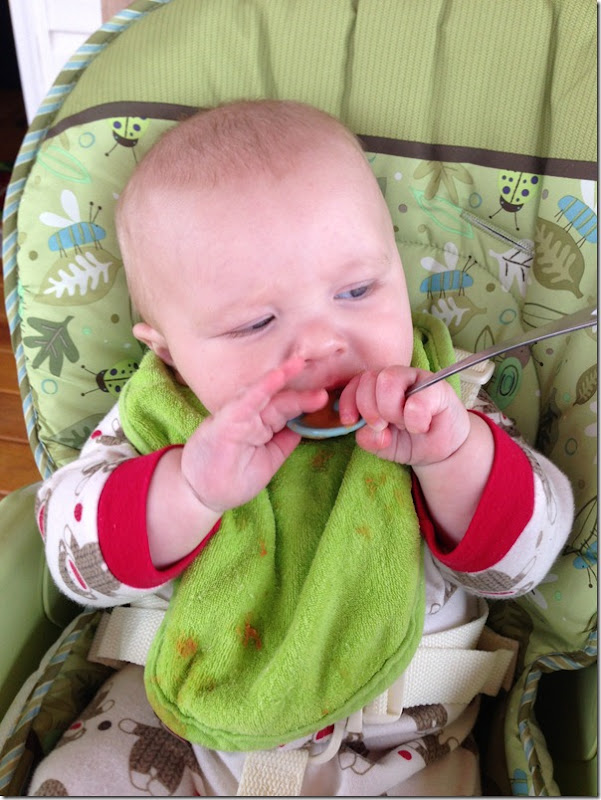 So fun!! Cam is well into solids, too, and LOVES them!! Have you done any fruits? We have done all of the veggies, pears and peaches!! I try to sneak some peas in with squash, but he's not a fan of them by themselves.