Subtitle: The One Where I Lose my Mind over How Much I Love 90s Music

I kind of geeked out when I saw that Ben Folds Five (Five!! not just Ben Folds), Guster and Barenaked Ladies would be touring together this summer. I love music. But I love 90s music most of all, and I especially love these three bands. If only Ani DiFranco had been thrown into the mix, it basically would have been a soundtrack to some of the most formative years of my life.

I mean, how many lyrics from a BF5 song made it into my AOL profile quotes section? “All I know is I've gotta be where my heart says I oughta be… It often makes no sense, in fact I never understand these things, I feel I love you, goodbye I love you, goodbye…”

Ugh. I mean, really. 1998 called and it wants you to come this concert and bring all your memories of your emo-for-no-reason 17 year old self there. It was even better that Anne + Locke could come with us, because they’re both huge BF5 and Guster fans and then one of my best friends from high school, who just so conveniently moved down to Columbia, SC after years of living in Michigan decided to make the trip up for it. 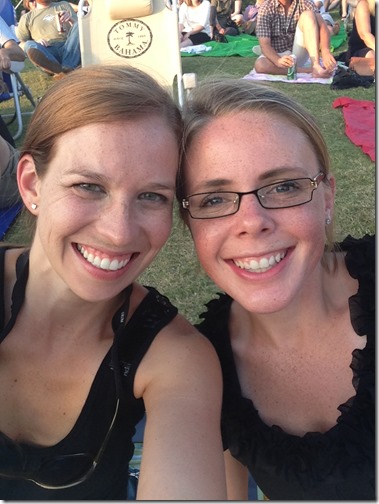 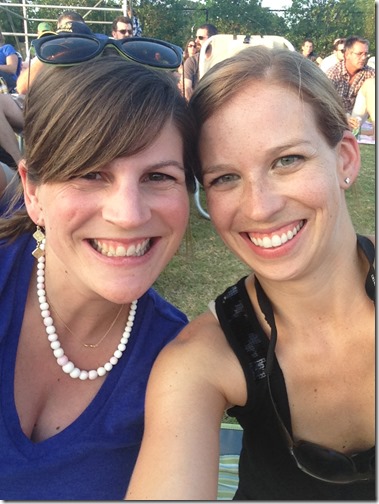 The icing on the cake though was that my sister-in-law saw me post a picture on Instagram of the tour poster and my comment that I really wanted to go and reached out to let me know she would get me tickets. It turns out her fiancé's sister used to be the website designer for the Barenaked Ladies. Not only did she get us tickets to the show, but also an opportunity for a meet and greet with the band! I’ve loved and listened to BNL since the days of Gordon and had seen them in concert in high school too, but Matt + I did feel a little out of our league with the diehard fans who were over the moon excited to meet the band. They were all super nice though (the band, that is) and we snapped a quick picture with them, got an autograph and headed back to our seats because BF5 was starting up. 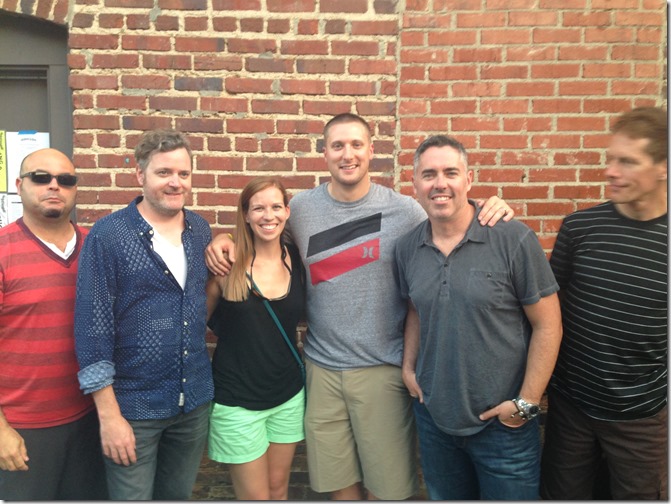 All three bands put on great shows – I only wish Guster and BF5 had played longer! Guster is still as amazing as they were years ago, and I have no idea how Brian Rosenworcel’s hands are still intact after almost two decades of bongo drums. Incredible. They played a lot of their older stuff, like Satellite and Airport Song. Ben Folds Five was awesome – I am so happy that they are playing together again. He played a few newer songs, but plenty of older stuff too including Philosophy, Alice Childress, Brick, Narcolepsy, Underground and Army. (There were lots of happy cheers when Chick-Fil-A was mentioned during Army and also when Charlotte was mentioned during Brick, which I found a little weird given the context. But hey, it’s nice to have Ben back in his home state. Can we get him up to Winston pretty please??) I loved that he opened with Philosophy. And closed with Army. And any ballad that involves him hard jamming on the piano, like Underground. Sigh. I think I could have groupie potential. 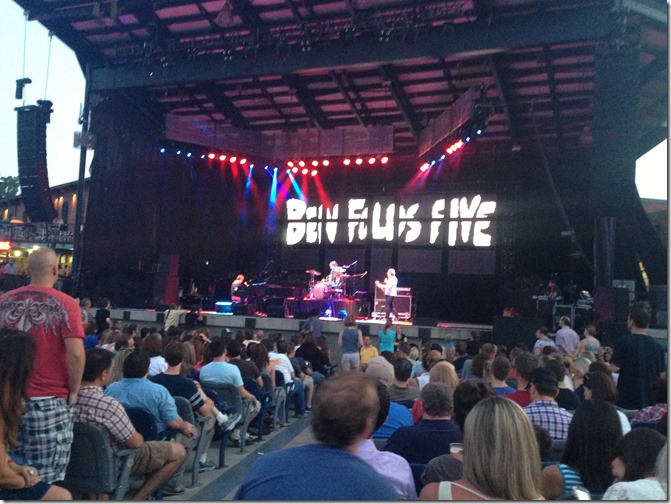 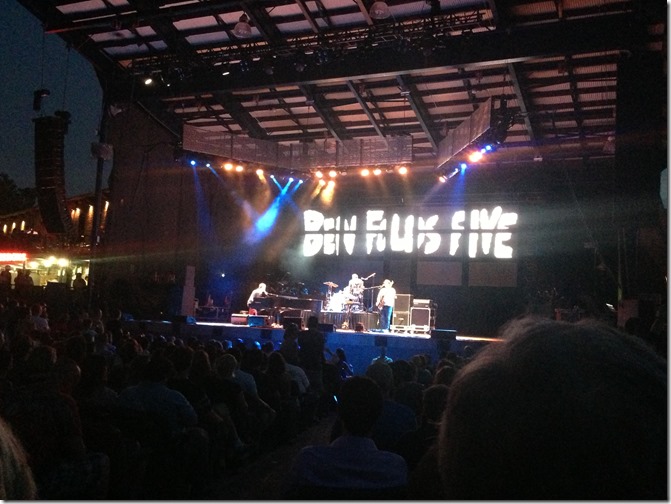 I felt a little disappointed when BF5 was over, but Barenaked Ladies put on a seriously legit show. They are talented musicians but they are also performers. They know how to keep a crowd engaged. They sang all the favorites, like One Week, Pinch Me, and If I Had a Million Dollars. They also sang Brian Wilson and Yoko Ono which are two that I love from Gordon, and they had Brian R from Guster come back out to play. (If you’re ever listening to Brian Wilson and listen to the drum section at the end, just imagine how amazing that was with Thundergod going to town on it.) When they came back out, they played Old Apartment (looooove) and Alcohol and a cover of the Violent Femmes Blister in the Sun.

As a bonus, before the BNL set started, Anne and I had walked over to the restrooms and on our way out, realized that Guster was playing in a little corner off near the concession stands. Just standing under a tent with some amps and jamming out. A small crowd had formed, but we were able to push our way towards the front and see them. Definitely one of the highlights, seeing them up so close. 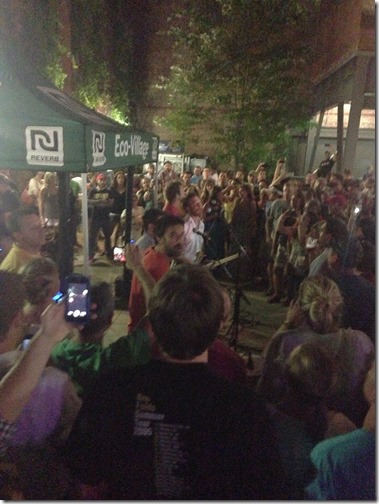 If you can’t tell by the excessive amount of positive adjectives I’ve used to describe this, it was a pretty awesome concert. I’ve always said that seeing Better than Ezra and Hootie & the Blowfish in one show together was my highlight of my concert going attendance, but this bumped that down to a #2 slot. It was a smaller, intimate venue which was perfect for these bands and all 3 sounded amazing and played a good mixture from across their music careers. It was also great weather and we were there with friends who loved these bands as much as we do. I don’t know if it can get much better than this! 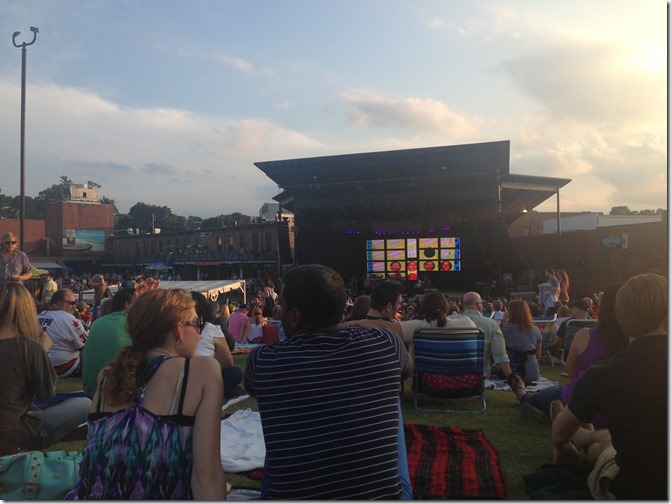