Flying with a Baby, Part 2

So many people asked us how the return flight went or said they were sending us good juju for it, that I thought I'd follow up with a second (oh so exciting!) post about flying with a baby. 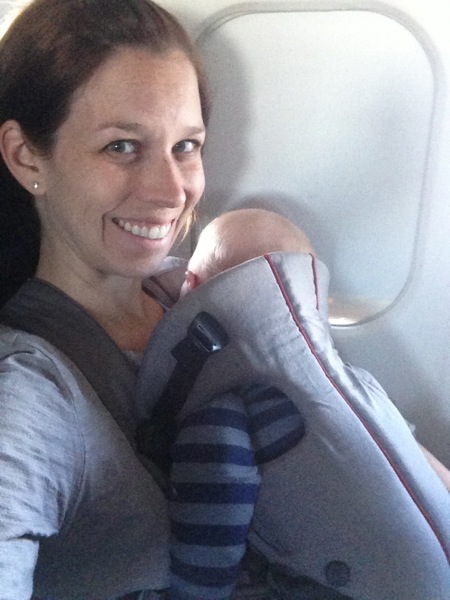 Ha. Psyche. It was actually pretty much exactly the same as the flights there BUT I felt like this time we were more prepared for the meltdowns and sort of figured out how to deal with them. I guess we're just seasoned veterans at the ol' traveling with an infant thing by now, is what I'm saying. (Please note, that's written in my sarcasm font.)

I had gotten really, really helpful advice from lots of friends who had done this before and read just about every "flying with a baby" blog I could find. They were super helpful with logistics and helping me plan ahead, but there's just no telling how any baby will react in new situations!

These are a few things that helped us out on round 2, to deal with the meltdowns and make our journey relatively less painful than the first go-round:

- We didn't pre-board. Getting on first is a nice bonus when you're fighting people for overhead space, but we realized the benefits of being able to freely roam the terminal until the last minute trumped that. (If you're traveling with a spouse and do need to put something overhead, send one person on normal boarding and the other wait.) We literally boarded as the very last people - I spent as much time as I could in both airports (we had a layover) walking up and down the terminal with Bo in my Bjorn. The motion kept the fussing at bay, and sometimes even helped him fall asleep.

(Bonus! When I got home that night, I had 9,327 steps on pedometer. That's the equivalent of about 4.5 miles of walking. With a 19 lb weight. Extra cardio for the win! And I totally canceled that out by stealing all of Matt's fries at dinner! Oh well!) 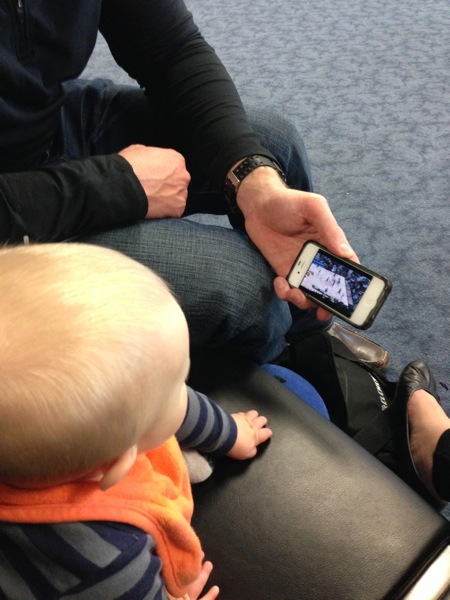 - Standing in the back of the plane with the baby bjorn: Matt and I took turns doing this. At the back of the plane, the white noise would either a) conk him out and we'd creep back to our seats, carefully sit down and not move for the 25ish minutes he'd sleep or b) drown him out. I didn't feel quite as bad about him crying since I knew the other passengers couldn't really hear him. (That sounds terrible - obviously I felt bad he was crying, but I knew WHY he was crying and that he was just sad because he was tired and we were making the best of the situation and oh blah blah blah, why am I justifying this, you're all my friends and no one is going to judge me.)

I actually had a flight attendant when there was quite a bit of turbulence say to me, "I just have to tell you that the seatbelt sign is on… I'm not telling you what to do, it's just my duty to tell you that it's on. I know why you are back here and I appreciate it." In general, the FA's were super nice as were the people at TSA. We didn't have any problems with taking stuff (bottles, formula, food) through security and the TSA people were always super careful and courteous when handling his food/milk. (I just felt I needed to give a little TSA shout out since they usually get such a bad rep.)

- I didn't give him a bottle on take off and landing. Everyone told me to do this to account for the pressure changes, but with the flight schedule we were on I would have been giving him four bottles within a six hour period. That's more than he usually has in one day! And giving him a "small bottle" doesn't work - he just chugs it and screams for more. I just stuck to his normal eating schedule - every 4 hours - and it worked fine. He never seemed bothered by the take off or landings. 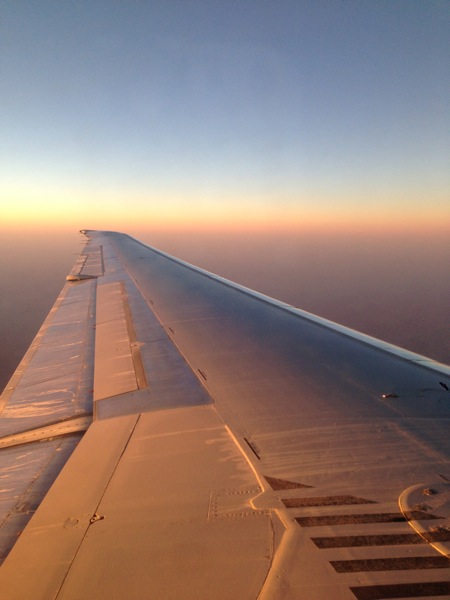 All in all, we survived, we learned a few things along the way, and earned ourselves yet another new parenting badge. (Thank you, Kathryn for the actual badge!) And most importantly, we gained a whole new appreciate for the beauty of road trips. 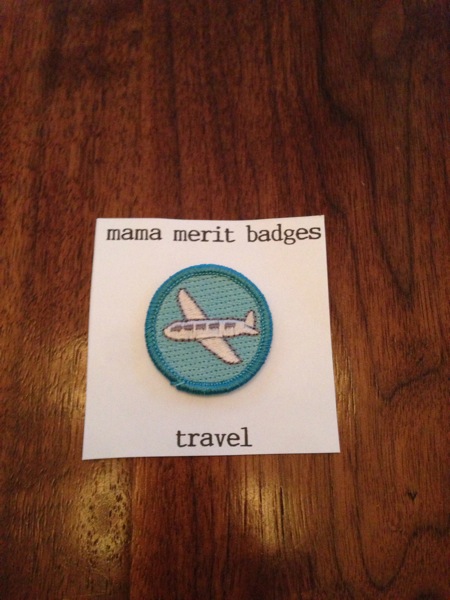 Haaaa! An actual badge! That's so awesome. High five to you for being a travel champ.

Haaaa! An actual badge! That's so awesome. High five to you for being a travel champ.

You must've felt so relieved when you were in the car on the way home and pulling in your driveway! You're a pro now! Lets get started with more babies so we can travel with 3 :)

Oh my gosh - an actual badge! That's so fun :) Great job on braving airtravel with Bo. We didn't take our kids on a plane until they were 9. I give you major props.

That is a well deserved badge of honor! Thanks for paving the way with baby/airplane travel. I think we will stick with road trips for now.

I'm so proud of you! It's such a milestone as a parent to go through it once, and while it won't necessarily get better any time soon, it will get easier / more tolerable.

(Mike has spent many, many flights with Q in the back of the airplane, as have I. You got lucky with good flight attendants. I've had many tears / said some things I shouldn't in extra-stressful situations traveling solo with an upset baby... sigh.)

That's actually a great idea to board last if you have someone with you. I usually fly alone with my son, but the few times his dad or a family member came along (or if i had assigned seating) it would have been smart to board last with my son. It avoids the hassle of trying to keep him in a confined spot for 20 more minutes while other people boarded. I posted a few tips of my own too if you wanted to check it out (http://chitownandallaround.blogspot.com/search/label/flying%20with%20a%20little%20one)