Last weekend my friend Heather came to visit me. We've been friends for almost six years, when she was my bright-eyed and helpful intern at Wake. We've forged a bestie-ship ever since and have driven back and forth across many miles for visits and catch up sessions. Recently, she moved to Nashville from Connecticut putting her back in road trip distance. She came over to meet the kiddo and we had a fun weekend of catching up on each other's lives, creating secret Pinterest boards, eating Camino pastries and turning our teeth purple with a few bottles of wine. 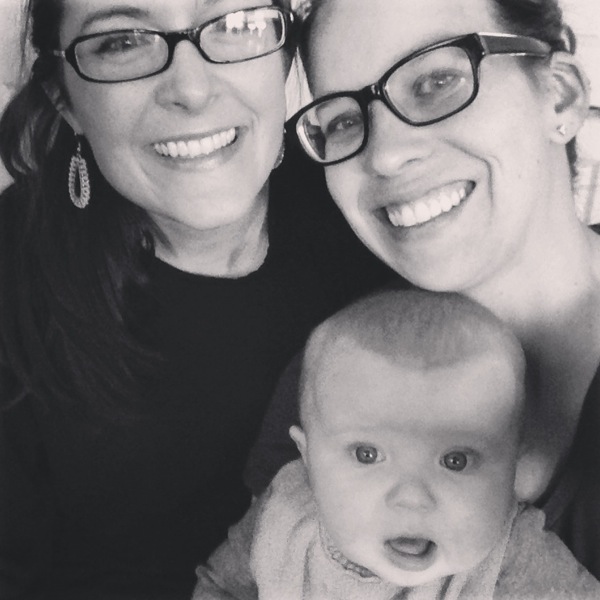 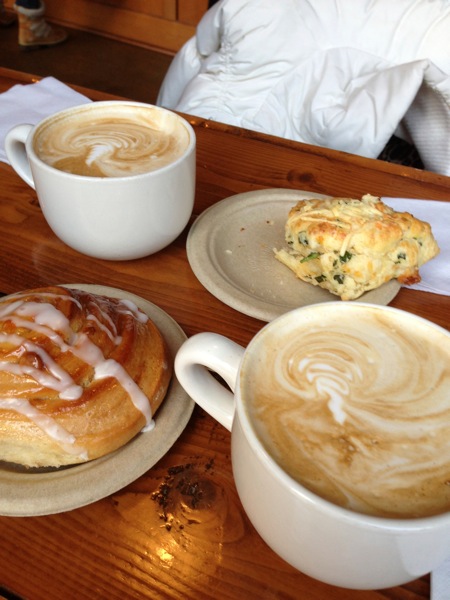 On Monday, I met my friend Megan - who I originally met over Twitter and who is from my husband's hometown - at Mellow Mushroom for lunch. She was in town to do some shopping and we had a chance to catch up and let our little boys get to know each other. Bo was quite taken with Henry, but I'm not sure the admiration was mutual. 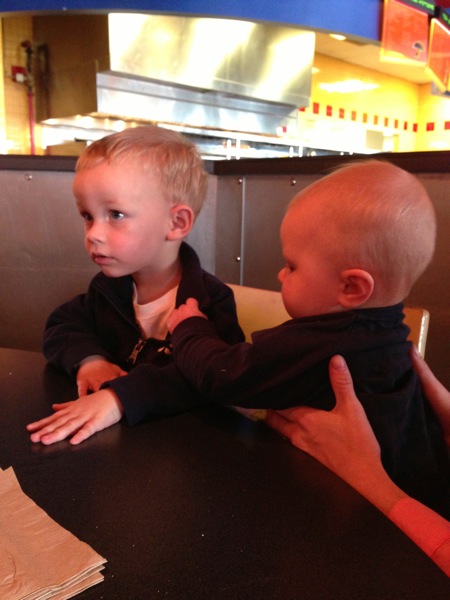 On Thursday, I went and got my hairs did. If I somehow find myself in a situation with an excessive amount of discretionary income, I will go get my hair done on a near-weekly basis. (At least just shampoo and blow-dried.) It is probably one of my favorite experiences in life. Over the last year, I have been going darker and darker and have now officially crossed over into the world of brunettes. 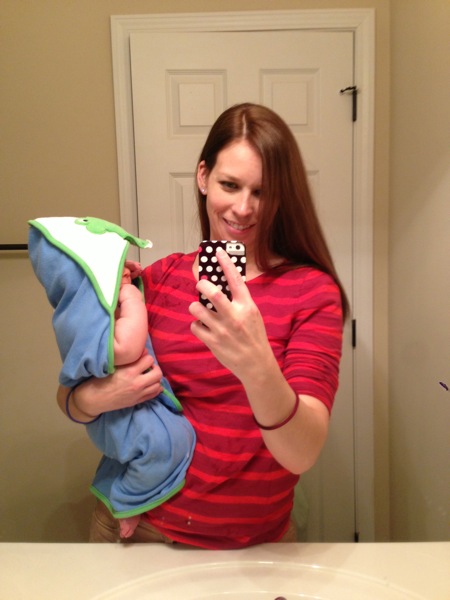 My experience at the hair salon included a brush with fame. While she was putting color on my hair, my stylist happened to mention that a regular client of hers who is a NASCAR driver, was going to be coming in with a film crew to be taped having his hair cut as part of a "Day in the Life" documentary.

(I honestly didn't know who this guy was except that he had happened to be on Duck Dynansty this morning. So there's that.) 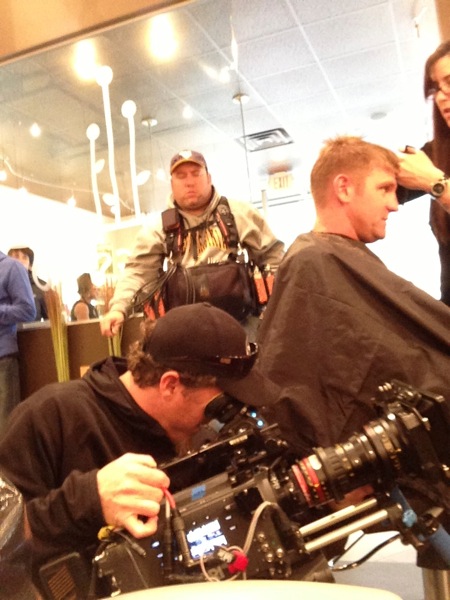 This week, the kiddo has not been in a great mood. I'm wondering if there are pearly whites waiting to bust through his little gums. I guess that would make me rather pissy too. It's tough to see him in a bad mood, because he's usually such a pleasant little guy. This picture pains me - the little furrowed brow! Woe is me! 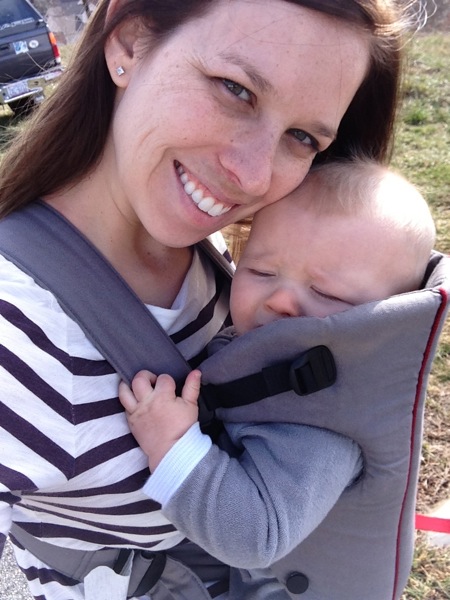 Being a baby seems like it's really hard sometimes.

On Friday, we had friends over for dinner. Matt made baby back ribs and I made Barefoot Contessa cosmopolitans. And some other food stuff, but the cosmos were really my pride and joy. 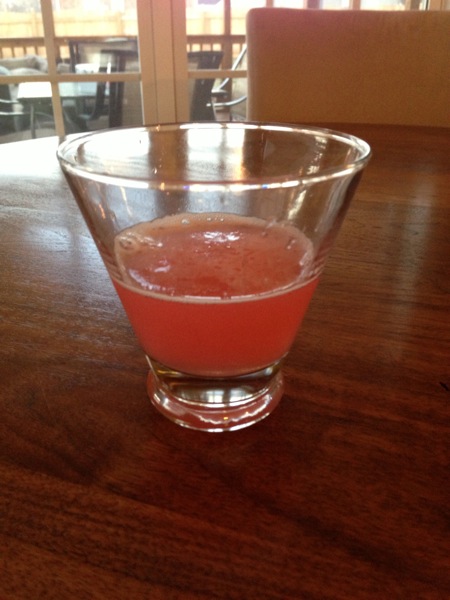 Yesterday, I went to Teri's house to trade life skills. I helped her organize her email inboxes and come up with some systems to manage incoming mail and she taught me how to blow-dry my hair holding a round brush. Pretty sure we both left each other's company feeling ready to take on the world anew. Clean inboxes and a good blow out are some pretty huge life skills.

Also, her dog usually shuns me because I almost always my own dog or tiny baby in tow. This time, we were best buds. Although this picture indicates otherwise. 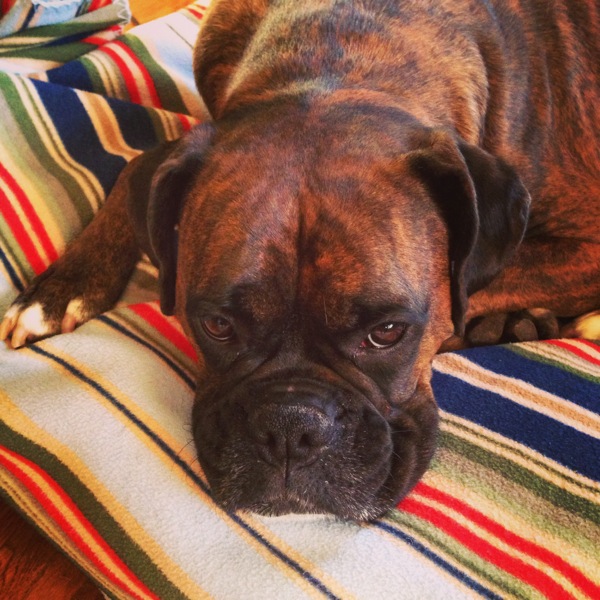 Last night, we had dinner with my sister-in-law, her boyfriend and his kids at East Coast Wings. It occurred to me since Bo is sitting up on his own on the floor, that he could now up in a high chair. I plopped him in one and immediately felt tears come to my eyes to see how grown up he looked.

The same thing happened today when I realized he could hold his bottle on his own. I am pretty sure this is how people end up with a half a dozen kids when you mourn every stage of babyhood passing. 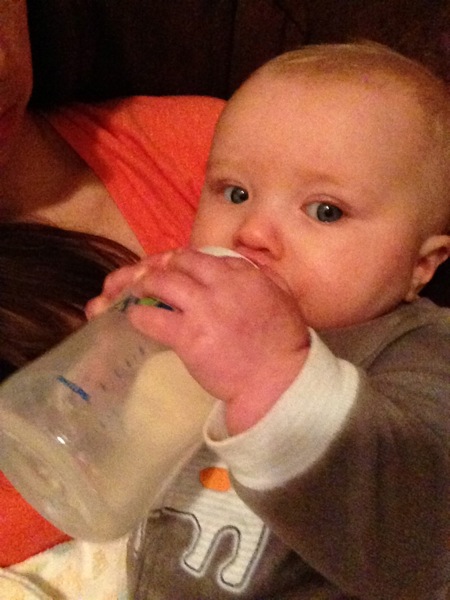 And the next thing I know, it's Sunday night again! These weeks really do go by so fast, and having our month carved out into every other week on/off work schedules makes the month fly by. I'm sure the ER work schedule would drive some people crazy - and granted, it's not the greatest at the holidays - but I really love our non-traditional schedule. It's so great to have him home on random weekdays and we try to make the most of his time off from work.
Posted by Meg at 6:22 PM

Aww! How did I miss this post?? I really enjoyed hanging out and we will have to do it again real soon! ;) (That's too funny about the Nascar driver, btw. I would have totally been one of those people who said something completely stupid!)