Weight: No official weigh in this month, but I think he's right around 19 lbs. He's definitely getting longer too - his footie pajamas are getting too small! He wore 3-6 through this month and I packed them up at the end of the month, moving on to the 6-9 months (or 6-12, or 9 month sleepers, depending on the brand.) He is one solid kid.

Sleeps: He's in a pretty good routine of 7:00pm-7:00am and 3 naps a day. Most of the naps are in the crib, although he'll get a snooze in if we're driving somewhere late afternoon. Just like his mama - can't resist a good car nap. He still wakes up at the 25-30 min mark each nap, and will babble to himself for awhile in the crib before falling back asleep.

Hair: Blonde! Fuzzy! I loves it. Now that he's spending more of his playtime sitting up, his hair in the back is starting to grow in too!

Milestones: In addition to "da da da" he has added "ma ma ma." Sadly, I usually hear that when he's sad or hungry, and the "da da da" when he's happy and excited. Rude! He's mastered seating and plays upright most of the time now. He's still not rolling over - but I can't say I'm complaining bout that. It's nice to put him down and know he'll stay put. He had his first airplane ride this month (4 of them, in fact) and I can't say he was particularly impressed. He was, however, very delighted with his first swim in a pool!

Likes: Pretty much all food, but especially oatmeal, pears, bananas and mangoes. Rocking out in his exersaucer, grabbing the Spuds' ear, shrieking, bath time tsunami, pulling my hair, banging on his high chair tray, holding his own spoon, swimming pools, toys that crinkle.

Dislikes: Not being able to put the iPhone in his mouth, trying to nap on a plane, the end of a bottle, being overtired, getting the sun in his eyes on a run.

7 months! When I say I have a 7 month old baby, it officially feels like I no longer have a "new baby." I mean, I know he was no longer a newborn as of about 4 months ago, but just being on the other side of the half-year makes me feel like he's SO OLD. Bo, this month you have become busy busy. You are so interested in your surroundings and love to smile and giggle when someone approaches you. You are a delight and it just keeps getting better and better! Happy 7 months, Biscuit! 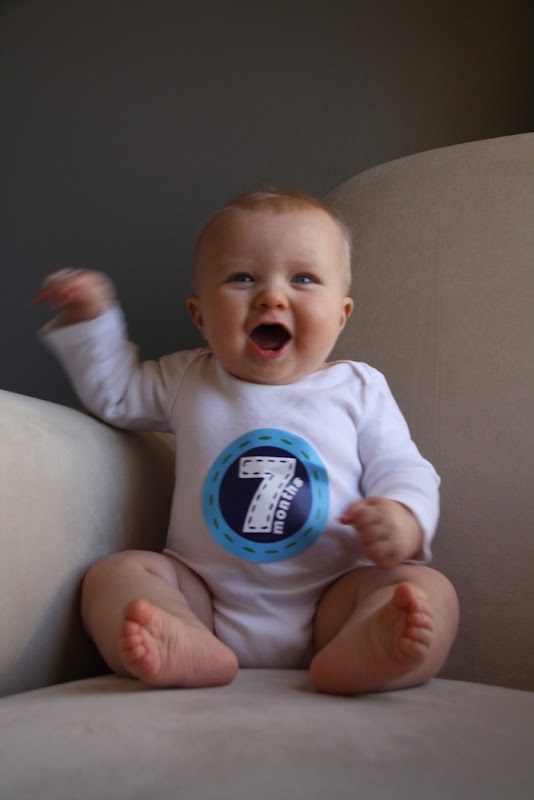 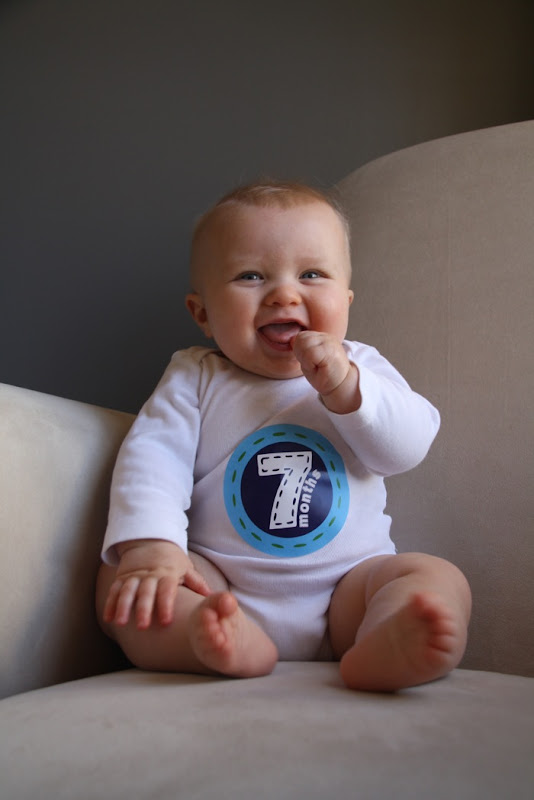 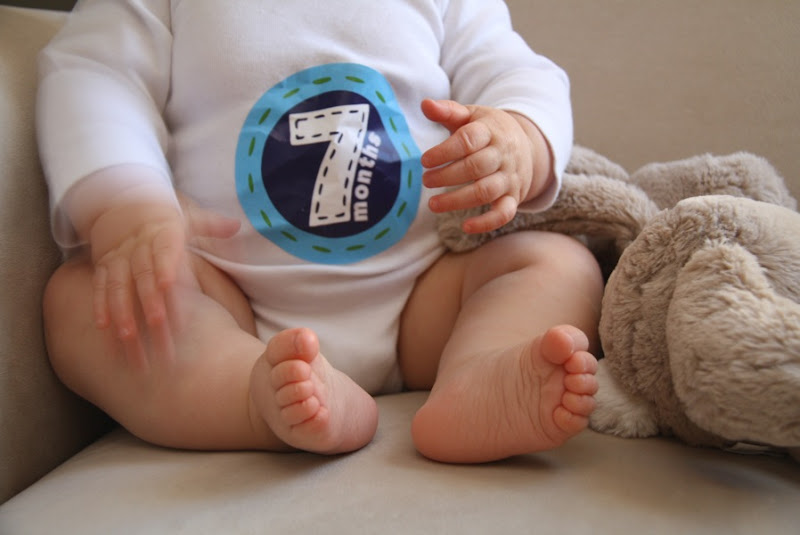 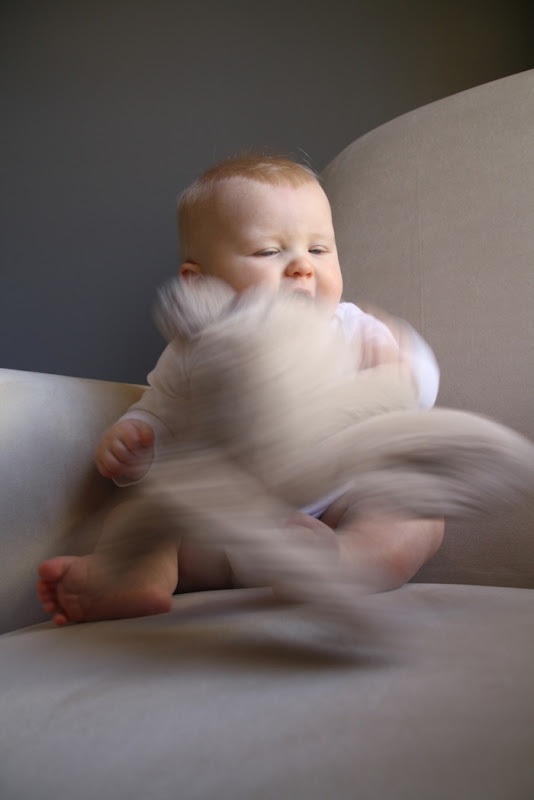 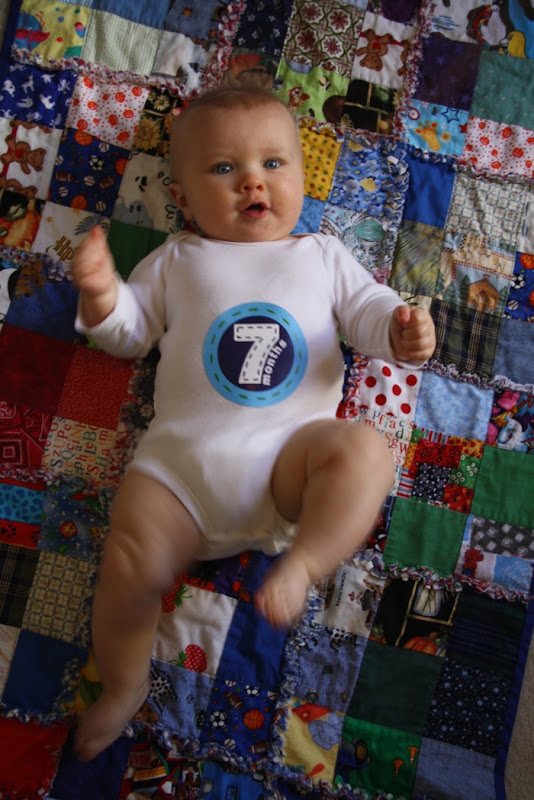