This is my 3rd year filling this out (see: 2008 and 2009 here if you want) and every year I love taking the hour or so it takes me to write it to just think back to what’s transpired in the past year, and my expectations and hopes for the future year. To give credit where credit is due, I originally found it on this blog.

1. What did you do in 2010 that you’d never done before?
Traveled to California. Twice. Made sushi. Got air on the wakeboard. Hosted Christmas. Took engagement photos. Twice. Took a yoga class.

2. Did you keep your new year’s resolutions, and will you make more for next year?
I didn’t post my resolutions anywhere public, but I had jotted these down at the end of last year and stuck them in my journal. I came across them a few weeks ago. Here’s how I did:

- Try yoga: I took a beginner’s class with Anne and Crystal in January. I liked it, but never did anything after our 5 classes were up.

- Shoot more people: I do believe I meant photograph more people… and if so, I did this. I shot Katie and Dylan’s engagement photos, and Jess and Charlie’s. Jamie and I also spent an afternoon doing headshots of each other. I loved every moment of these shoots, and I definitely want to do more in 2011.

- Exert the willpower to be kind: I honestly did try to keep my mouth shut whenever I felt like I was going to gossip or judge. I can’t say that I always did this, but I know I was more conscious of it than I had been in the past.

- Read the books I have: I only bought two new books this year, and I made a good effort to read the ones I had borrowed or bought before. I didn’t read all of them, and I returned a few that I knew I probably wasn’t going to.

3. Did anyone close to you give birth?
Yes! This was quite the year of babies. Let’s see… I’ll apologize in advance if I’ve gotten birth months wrong. My grad school friend Ellen welcomed twins Haley and Spencer in January. Jamie’s Aunt Gig and Uncle Jon, who Matt and I want to adopt as our own family members after visiting in Utah and Toronto, brought Georgia into the world at the end of January. My cousin Danielle had her fourth(!!), a little girl named Riley in February. Another Baltimore friend, Katie, had her sweet Madelyn in February as well. My bloggy friend Kathryn introduced us to precious Quinn in September, and I love getting to see his days captured in her amazing photography. Another blog/Twitter friend Lindsay had her sweet Claire in March, and I love the CC updates via good ol’ Twitpic. Our residency friends Tim and Crystal had their little boy in November, and that was especially fun because she’s the first friend I’ve ever lived in the same place while they were pregnant. I even got to hold baby Ethan when he was just 10 hours old. And lastly, our next door neighbors Clay and Mindy welcomed their Christmas gift, Mason James, into their lives just 2 weeks ago. 9 babies? That’s a lot of diapers being changed in 2010.

4. Did anyone close to you die?
One of my research participants passed away, quite unexpectedly, in late summer.

5. What countries did you visit?
My passport sat in the safe deposit box for the entirety of 2010. Now that’s just sad.

6. What would you like to have in 2011 that you lacked in 2010?
More appreciation for the present moment. Starbucks gift cards. More locally grown food.

7. What dates from 2010 will remain etched upon your memory, and why?

8. What was your biggest achievement of the year?
Tripling the number of coaching clients I had in 2009. Finished writing my book. (Don’t ask me what the next step is. Unless you know what the next step is, then tell me.) Interviewing and getting a new job. Was I supposed to choose one?

9. What was your biggest failure?
Not being more in the moment / wishing time would hurry up.

10. Did you suffer illness or injury?
I did not. 2010 was healthy – my colitis was in remission and I made it through half marathon training with just a few aches and pain. Very thankful for this.

11. What was the best thing you bought?
an iPad for my hubby, a bunch of delicious wine in Sonoma County and lift tickets in Park City

12. Whose behavior merited celebration?
My hard-working husband. I am hoping that in our 4th year of marriage his “never complain” policy will finally rub off on me. He was also super supportive when I was going through a rough patch earlier this year, he’s not afraid to use a vacuum and he never erases The Office or The Soup off the DVR before I’ve watched it. How could you not celebrate that?

Also, those Chilean miners were pretty awesome too this year, eh?

13. Whose behavior made you appalled and depressed?
Dooce taught us all an important lesson on “topics of which we shall not blog.” Moving on.

14. Where did most of your money go?
According to Mint.com, Harris Teeter and Wells Fargo Mortgage.

15. What did you get really, really, really excited about?
Jess’ wedding. Travels to California and Utah. Hosting our Christmas party for the 3rd time. Running on the Lowe’s Motor Speedway for my half. (Which turned out to be not nearly as exciting as one would hope.)

16. What song will always remind you of 2010? Free by Zac Brown Band. Anything by the Glee cast (sorry co-workers.) Forget You (or you know, that other version) by Cee-Lo.

17. Compared to this time last year, are you:a) happier or sadder?b) thinner or fatter?c) richer or poorer?
a) I wouldn’t say sadder, but I feel like this year had some growing pains for me. Martially and socially, I am happier than ever. I have been healthy, which always begets happy. Professionally, it was just a challenging year in many ways and I feel a little ruffled from that still… but not sadder. Maybe just pensive and hopeful about change and what’s to come. b) Thinner, considering this time last year I was on prednisone. Hello, chipmunk cheeks. (Otherwise, the same.) c) Slightly richer, thanks to no longer working in the public sector.

18. What do you wish you’d done more of?
Traveled. Wrote. Prayed. Listened. Blogged. Took pictures of people (not just food.)

19. What do you wish you’d done less of?
Complained. Judged. Whined. Cleaned out Buddy’s crate.

20. How did you spend Christmas?
My in-laws came up on Christmas Eve for dinner and exchanging gifts. I spent Christmas Day like a regular Saturday – folding laundry, cleaning, working out – while Matt went to work. My parents and brother came on Sunday, Katie and Dylan came on Tuesday and we did “Claffey Christmas” on Tuesday night.

21. Did you fall in love in 2010? I think it’s fair to say I went head over heels for a little house named “Jimtown” located in Sonoma County. I just pray that it’s not an unrequited love, and I shall see my beloved again one day. (Too dramatic?)

22. What was your favorite TV program?
Glee and How I Met Your Mother

23. Do you hate anyone now that you didn’t hate this time last year?
I will be really disappointed in myself if I ever answer yes to this question – I’d like to make it a lifelong goal to never feel hatred towards someone. Yuck. (So the answer is: no.)

24. What was the best book you read?
Animal, Vegetable, Miracle. The Hunger Games series.

25. What was your greatest musical discovery?
Vampire Weekend (I heard them on M+K’s blog, loaded them into Pandora and fell in love.) Zac Brown Band. Phoenix. A Fine Frenzy.

26. What did you want and get?
A new job. A new camera lens. To be healthy again.

27. What did you want and not get?
Work from home privileges. Buddy to chill out. Frye boots.

28. What was your favorite film of this year?
The Blind Side. (It was excellent, although to be fair I only saw that and Eclipse this year in the theater.)

29. What did you do on your birthday, and how old were you?
28! We went down to Myrtle Beach for a few days, and then came back to Winston and met friends out at Foothills.

30. What one thing would have made your year immeasurably more satisfying?
A hefty dose of patience and maybe a less anxious dog.

31. How would you describe your personal fashion concept in 2010?
Ann Taylor Loft + Ebay/Goodwill + Target. Skinny jeans with flats or riding boots. Lots of scarves.

33. Which celebrity/public figure did you fancy the most?
I fancy Oprah, with a side of Jamie Oliver.

34. What political issue stirred you the most?
I don’t really follow politics because it puts me in a bad mood, but I have to say I am scratching my head that we’re still debating gay marriage. I’m quite certain we’re going to look back at this issue in 20 years and think we were ridiculous for not making it legal sooner.

35. Who did you miss?
My parents, my siblings, and far-flung friends.

36. Who was the best new person you met?
I can’t remember if it was the end of last year or early this year, but we met our friends Kate and Charlie through our friends Anne and Locke, and I’m thankful for our friendship with them. I’ll be doing my best to make sure they intend to be townies for life like us.

I also met a number of friends through Twitter first, and then in real life. I love when social media turns real life social.

37. Tell us a valuable life lesson you learned in 2010.
Happiness is an act of purpose, a result of intentional thinking. It doesn’t just happen and it’s not about luck or circumstance. And it’s not about stuff that happened in the past or is going to happen in the future, it’s about being grateful and present in the right this moment now. I do intend to carry that lesson with me firmly into 2011. 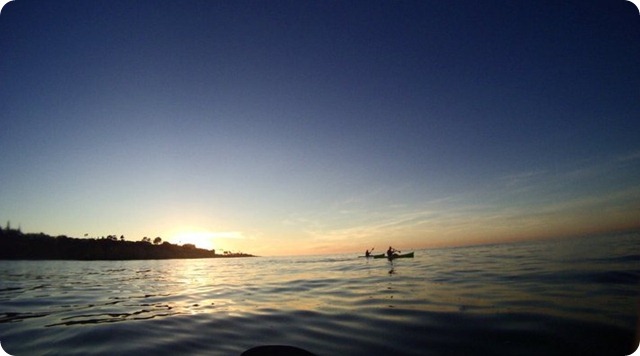 I'm copying this. I've been stressing out over my poor life documentation as of late (I blame Q), & this is a very excellent solution. Definitely better than my plan of going through the five bazillion photos on my external harddrive & posting my favorites. That's kept me up at night for weeks.