A Graduation Recap for all of you who weren't there. You, I guarantee, were much warmer than I.

Joe Biden was the commencement speaker. There was much to-do about the increase in security and we hustled over to campus about an hour & a half before the ceremony was to start, imagining TSA-like security. The line was indeed about 2 football lengths long. However, when we got to the front we realized the slow down was due to the fact that 2 kind ladies were holding open boxes of Krispy Kremes at the entrance.

The purse check at most Wake Forest games were more rigorous than the security. Hold open purse, walk by as they wave wands, hope they did not see my flaskoculars.... and go.

Oh and the weather? Was freezing. I have been to 4 WFU graduations in the last 5 years. All had temperatures in the 90s. Today the bookstore sold out of jackets, sweatshirts, socks, blankets, anything with bundle-like properties was gone. So you can imagine. I had bought a cardigan at Target the day before that was on clearance and kind of was a cross between a cardigan and a pashima. It quickly became known as the "dressy snuggie" (or, the druggie) and despite the questionable fashionable-ness of it, I was SO thankful for it. (Example of the dressy snuggie.) I sat indian style with my stocking-feet underneath my body swaddled in my dressie snuggie, breathing on to my body for warmth. New Yoga Pose: Mother Hen? 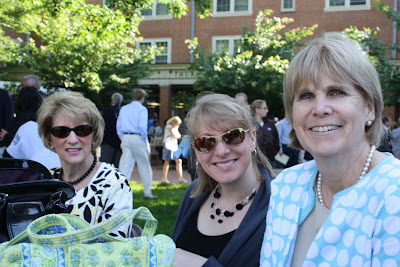 They are smiling, but they can't feel their toes. 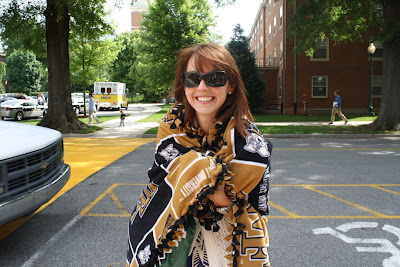 
The fact that I just devoted an entire paragraph to cold and what I wore should pretty much sum up how I felt about Joe speaking at the ceremony. And also: could not hear.

After the ceremony, at which my Dad declared there was "no such thing as cold weather, just poor dressing" a mere three times (but also gave me his suit coat. Pity WIN!), we relocated to the recital hall for the medical school diplomas. En route, we found the Krispy Kreme krew had overestimated the donut needs of the crowd and was passing out boxes by the dozen. 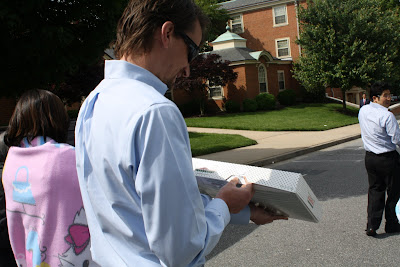 By the dozen.
Well. Twist our arms.

The indoor ceremony was nice, climate controlled and all. They also seemed quite aware of the idea that we had all our major AWWWW THEY DUN GONE BECAME DOCTAS moment yesterday and this ceremony was short 'n' sweet. No whooping in between names, no long speeches and congratulations, no political agendas in the speech.

And with that, commencement comes to an end. 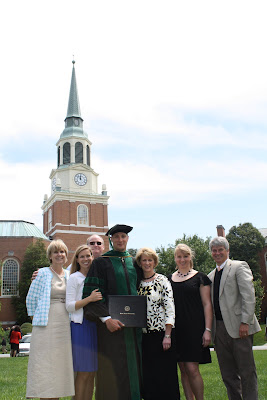 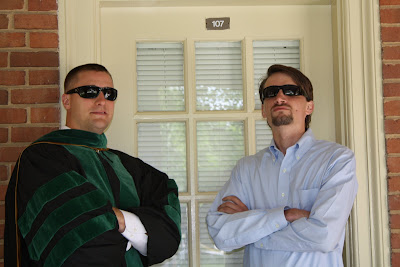 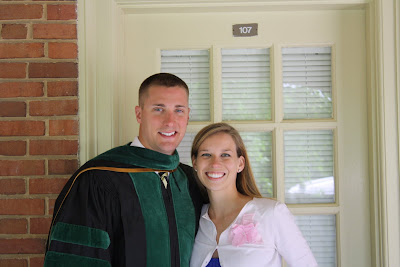 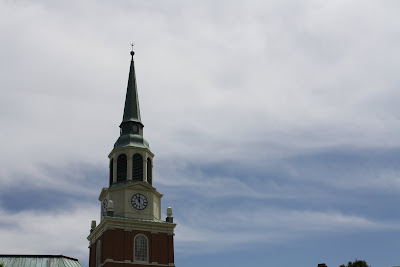 Haha are those pictures outside of the Poteat suite? I am currently remembering many a Suitefest...