I am sitting on the railing of a light pine colored porch, with the camera lens zoomed out. Focused in my viewfinder are four beautiful girls, 2 half-empty bottles of wine, and a cheese plate with some rinds and the remains of an apple compote. The sun is baking down, melting the cheese rinds and slowly bronzing the girls. If my camera could capture laughter, I'm sure the memory card would be full within seconds. I snap the picture, hoping to catch one of the more perfect moments in my life, almost as if I don't trust my own memory to bring me back to this moments. I couldn't have designed a more picture-perfect day. 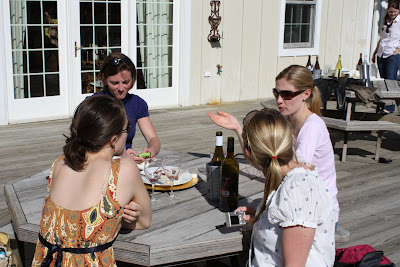 The day started off early - at 6:00 am, the alarm clock went off. As I ate my banana in the kitchen, slowly four sleepy eyed girls joined me in various degrees of workout gear and alertness. In January, four of us decided to sign up for the notoriously hilly Charlottesville Ten Miler. My girlfriends, the winos, make it a point to gather at least four times a year. Sometimes it's for an occasion - a bachelorette party, a wedding, a birthday - but more often than not, it's just to be with each other. This was somewhere in the middle, a ten mile race being used our excuse for a get together. We were in various stages of preparedness - Jenny came out of the womb running and was bouncing off the walls, as if a ten mile run was a walk in the park. had done a regular training plan, and was calm and ready. Jess, although not on a regular training schedule, had paced herself through long runs many times before and felt confident she could pull it off. I, on the other hand, had hit training plan FAIL. I had every good intention to train, but a colder, rainier spring and a totally wussy personality found me crossing off week after week without a run. At the last minute, I decided to run anyways, assuming I'd run half and walk half. With our "coach" and photographer, Emily, we set off. (I’ll blog about the run in a separate entry, because I had a big a-ha moment in the midst of my run. And you may have noticed, but I don’t exactly describe my thought processes with great brevity.) I did finish the run though – in 1:58. The rest of the girls finished in extremely respectable times, starting with Shelby finishing at 1:22 and the rest coming in at exactly 10 minute intervals (and thus, one minute less per mile). 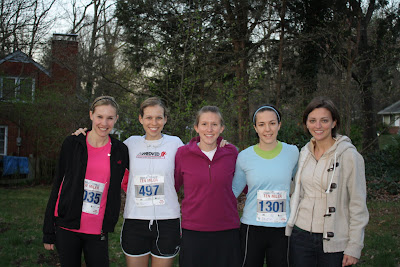 After the run, which was as hilly AND gorgeous as had been promised by our host, we set out to embark on a breakfast of champions. We gobbled down omelettes and bottomless cups of coffee and planned out our day. Let me just say this: when your big decision of the day is “nap or no nap before vineyards”…. LIFE IS GOOD. Can I just have a DVR of my life and revisit this day again and again and again? Sigh. We voted no-nap (perhaps the bottomless coffee was speaking for us) and went back to Jessie’s house to get spruced up.

Veritas was beaaaautiful. I thought about inquiring if they would let me put a tent up in the vineyard and just hang out there, you know, forever. Maybe it was the comfortable, sunny weather, maybe it was the heart warming company, or maybe it was the deliciously crisp Sauvignon Blanc but I was in such a perfect state of nirvana. We stayed at the vineyard for a couple of hours, long past the bottles being empty and the rind of our manchego started to melt in the sun. The only motivation we had to finally get up and leave was a short trip down the road: a brewery. 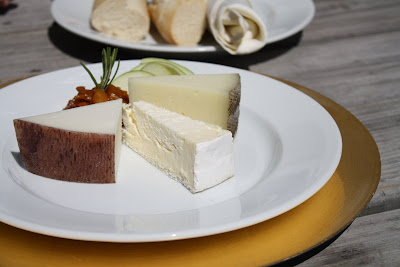 Same gorgeous mountains and green grass views. Same warm sun to bask in. Same wonderful company. Subtract 2 empty wine bottles; add in a sampler of local brewed beers and level 2 of friendship nirvana kicked in. We stayed at the brewery for another hour or so, and as the sun set, so did our fatigue set in. 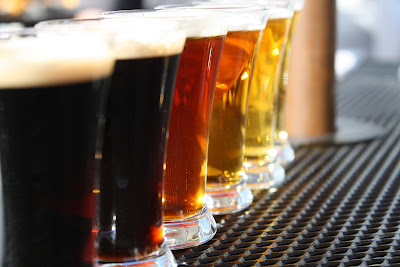 Back home to , we headed out for dinner at a place called The Local. Their claim to fame was that all their food came from places local to . I couldn’t imagine that a locally raised cattle burger would taste any different, but um yea… I was totally wrong. It was delicious (even though it wasn’t actually my plate, I swear I ate at least a third of ’s.) I had a salad that, truth be told, kind of looked like lawn clippings, and in fact, I may have eaten a dandelion but it was so fresh and delicious I didn’t care. I will confess my gnocchi tasted a bit Chef Boyardee, but I’m not sure there’s a lot you can do to make gnocchi taste like anything other than the carbolicious pasta/potato combo that it is. After dinner, we convened for one drink in downtown before concluding that we were either way old/boring or that running ten miles and then sitting out in the sun drinking wine is an activity that does not well prepares you for a night on the town. We hope it’s the latter. 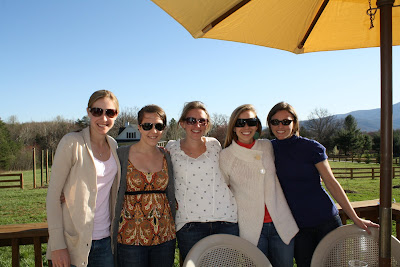 Winos. (Minus one.)
Our wonderful day concluded, we all fall asleep with well worn out bodies and hearts drunk on friendship and delicious food. Could I have dreamt up a better day with my girlfriends? Absolutely… but only by transporting our one missing wino, Pam, down here, as the missing piece. Other than that, I’m not sure I could have designed a better weekend - running, wine, music, photography, friendship… preeeeetty sure that hits all the high points on the happy-o-meter.
Posted by Meg at 1:13 PM

You're making me yearn for my own version, which is coming up in DC next weekend (we're only doing a 5k, but the exciting part is Roopa's engagement ceremony!). Perfection, Meggie :)

gimme that cream sweater with the two big buttons