Bo has become so aware of Buddy. When he's in his exersaucer, he shrieks with delight when Buddy goes by wiggles and stomps and does just about anything he can to get his attention. If he passes close enough, Bo will reach out and grab his ear, fur splayed through his squishy little fingers. Buddy, bless his old man heart, could care less. There's a lot about that dog that causes me grief, but when he sits there patiently waiting for the baby to let go of him, I grab his little snout and give him one of the most earnest "good dogs" he's earned in all his life.

Bo has a new smile! I loved his old smile, but this one is pure joy. Before he'd smile a big open mouth grin, but now he scrunches his nose back and opens his mouth so big, you can see his gums up top. He is so generous with his smiles - even throughout our tenuous airport adventures, he'd smile the second someone looked into his face and cooed a bit. I'm pretty sure he knows he's cute.

At his 6 month check up, I mentioned to the pediatrician he wasn't babbling yet. I wasn't super concerned about it, because he's incredibly vocal… just no actual babbling yet. Literally the next day, he started saying "da da da da da" and it's been nonstop. Just in case I was feeling left out, he'll switch to "maaaa maaaa maaaa" when he's sad or whiny.

I wonder how much of his personality I'll look back on and realize was already present at this age. It's hard to know what's really his personality and what's just a baby being a baby. He already knows how to be coy - when a new person approaches and he's in my arms, he'll smile, dart his head away and then whip it back around to see their reaction. Then he'll giggle and do it again. He gets frustrated easily - today, I watched him reach reach reach for my water bottle on the floor. His fingers could touch it but it was too big for him to grab and not close enough for him to pull it towards him. I angled the top towards him - so he could wrap his fingers around it and pull it towards him - and watched as he tried again. He kept trying, but with each attempt he became more and more vocal. He finally got it (success!), pulled it towards his mouth and immediately started chewing on it. Then he looked up at me, as if to say "see what I did there, mama?"

Sometimes when he's sitting in my lap playing, I just stare down at the patterns of hair on his perfect little head and wonder how it's possible to love such a little tiny person so much. 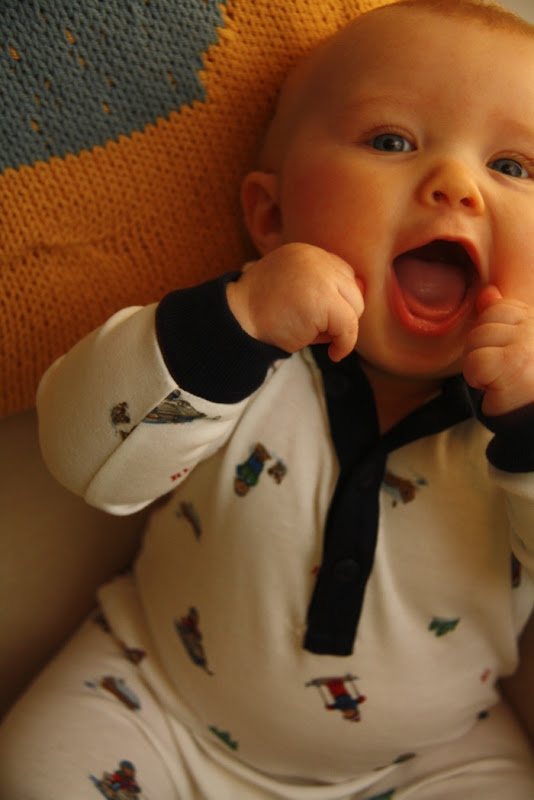 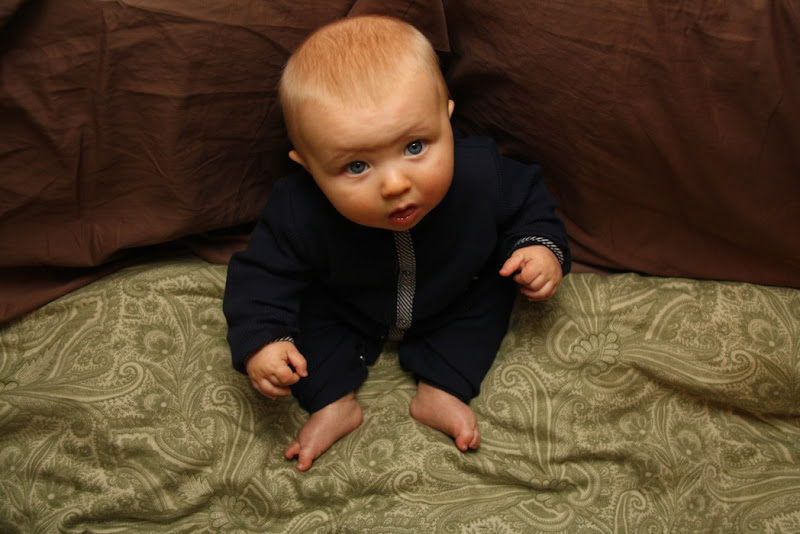 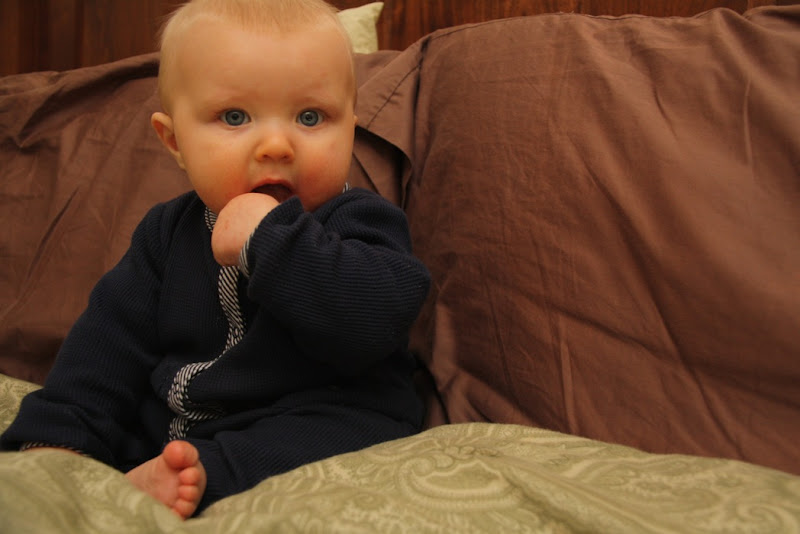 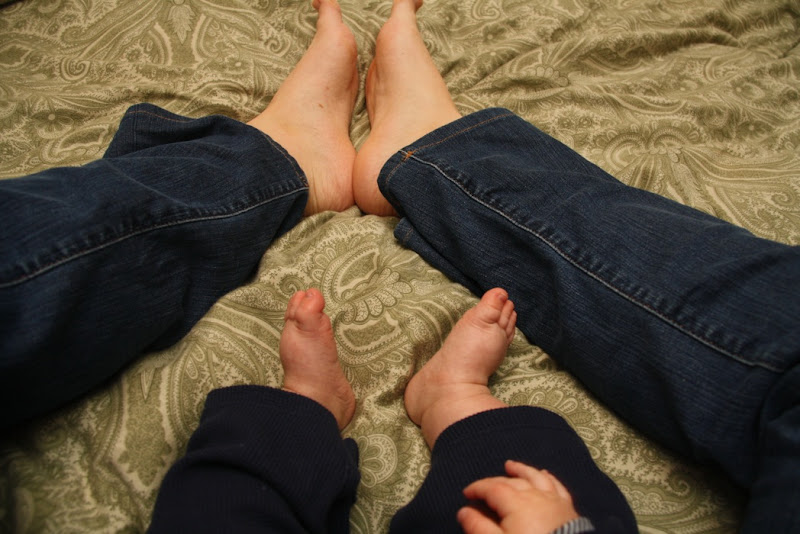 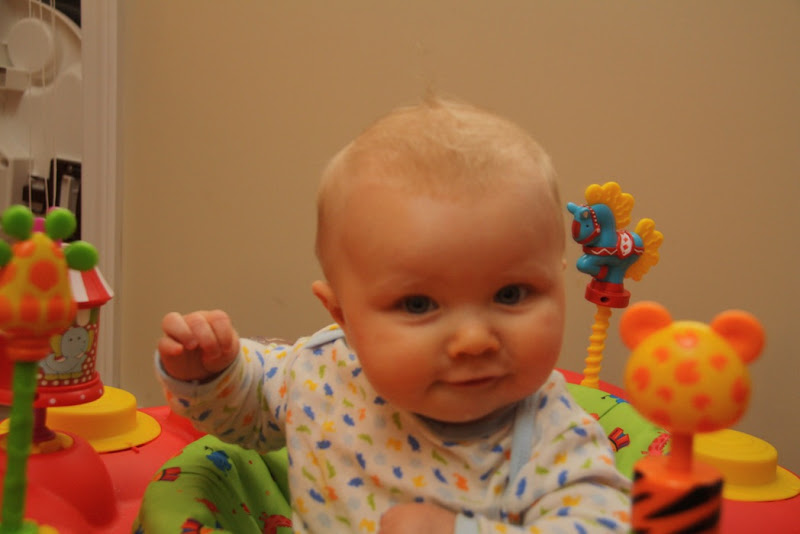 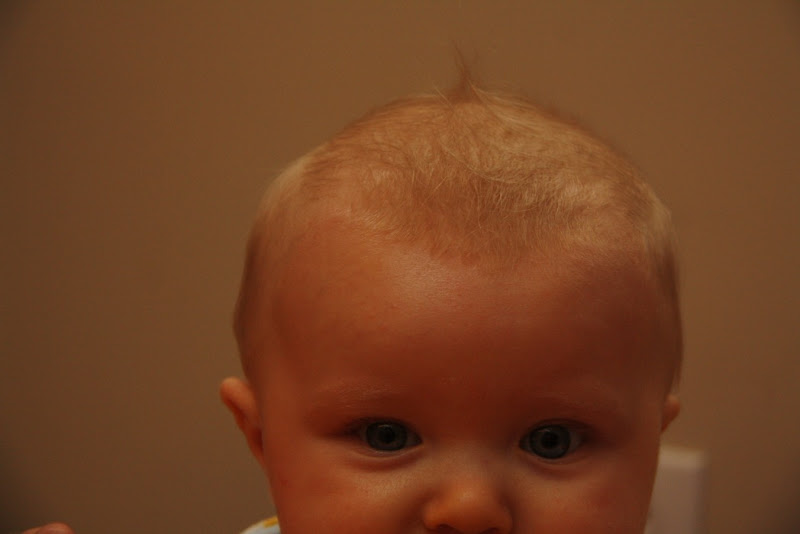 Good grief. That sweet face makes me want to break my vow of not having any more children, and go ahead and have like 10 more.

Oh my word. Your baby is seriously so cute. (Insert baby fever here)

Oh my word. Your baby is seriously so cute. (Insert baby fever here)

Aren't they just the greatest?!? I am always shocked with how much they amaze me every single day with their development.

You'll be so happy that you've done such a good job recording Bo's stories.

(Q's personality is seriously the same as it was as a baby - he's still a total spitfire! West, on the other hand, will hopefully continue to be a mellow and easygoing child!)