Today we were determined to be a little more touristy, since we hadn’t really seen much of the city yesterday.  (Although the view from our hotel room happy hour was lovely!)

After brunch (Eggs Benedict, again), Anne and I walked from our hotel down to the Ferry Building.  When we got there, there was a crafts market / bazaar being set up outside. 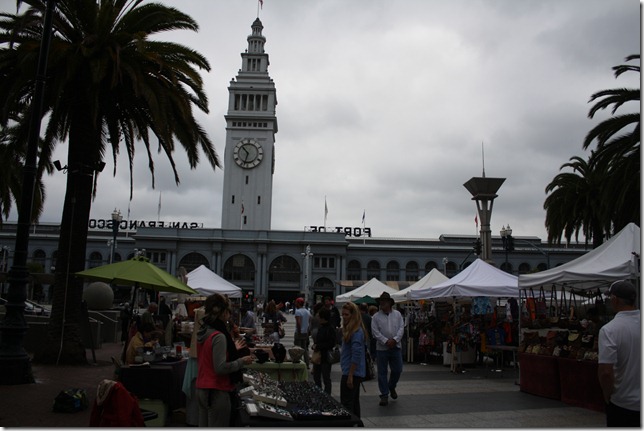 There were 2 problems with our timing here:

2) We just had eaten breakfast, and though so many of the little artisan food vendors looked amazingly tempting – neither of us were hungry.

Not even for cheese.  It was a bit of travesty, to be honest. 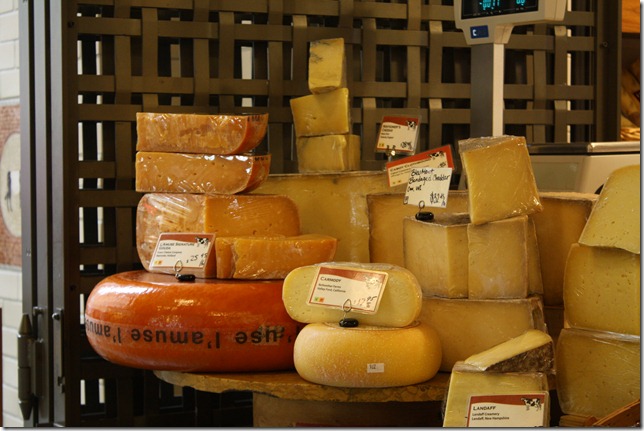 It was a perfectly gloomy morning to just wander so that’s what we did. 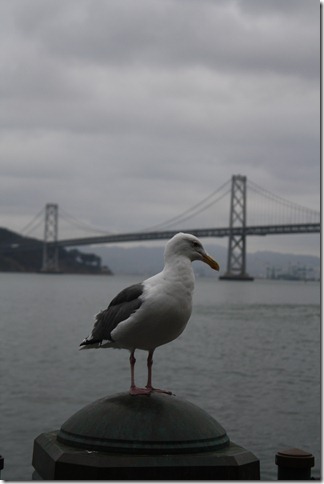 We ended up walking out to the end of a nearby pier, and sitting in chairs with the cloudy SF fog settling in around us and talked for about an hour.  Turns out that no matter where Anne and I end up, talking is our favorite hobby. 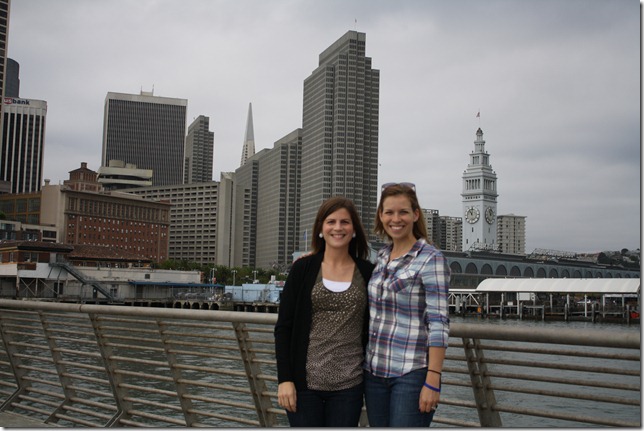 (The problem with handing a stranger your camera is that you need to remember to return the settings to auto.  Otherwise… you have blurry people and sharp backgrounds.  Oops.)

After spending our morning down by the ferry, we reconvened with the boys to figure out the rest of our day.  We decided to go back down to Fisherman’s Wharf and wander around there.  I convinced everyone we should take the cable cars to get there, because riding off the side of the cable car is the most quintessential San Francisco thing you can do, right? 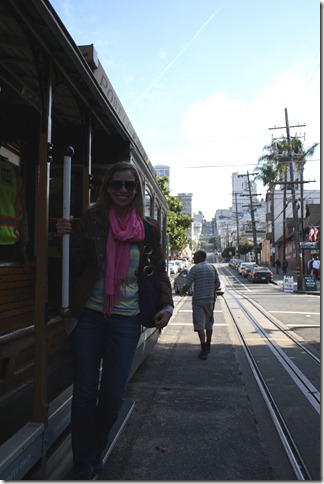 Sure.  If you’re lucky enough to actually get a seat outside or ride on the edge.  We got on about two stops from the start and everyone but Matt was crammed into the middle of the car.  It was hot, noisy and rickety.  The only view of the crazy steep hills I had were blocked by the gripper’s head. 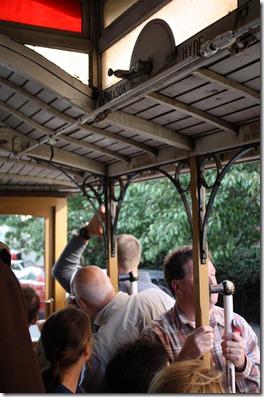 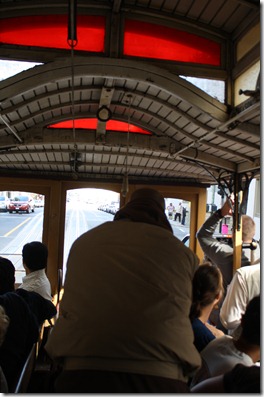 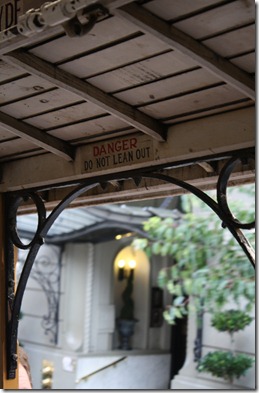 But whatever, it was still kind of cool.  And I still maintain that you kind of *have* to do it if you’re in SF. 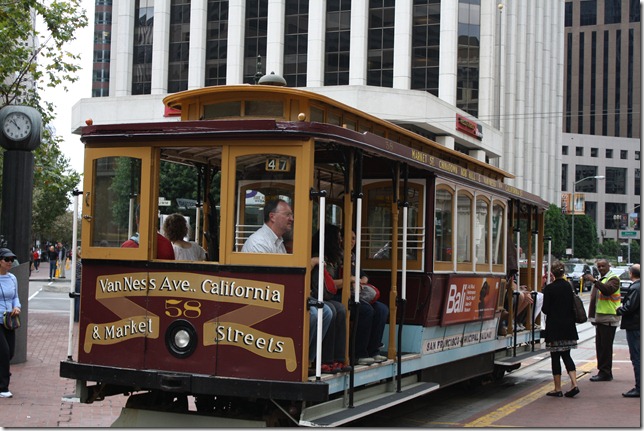 Maybe next time we’ll wait in the real line and get on at the beginning.  And either way, it got us to our destination! 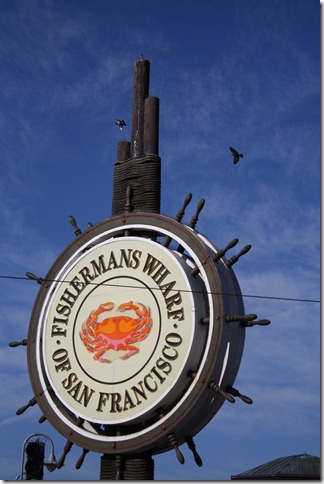 Once we got to Fisherman’s Wharf, we made our way over to the sea lions.  They were hilarious to watch.  Locke referred to the one loner sea lion as the “”Buddy sea lion.”  So very true. 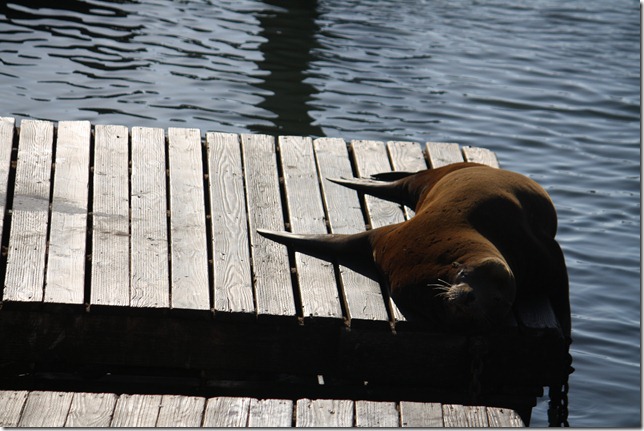 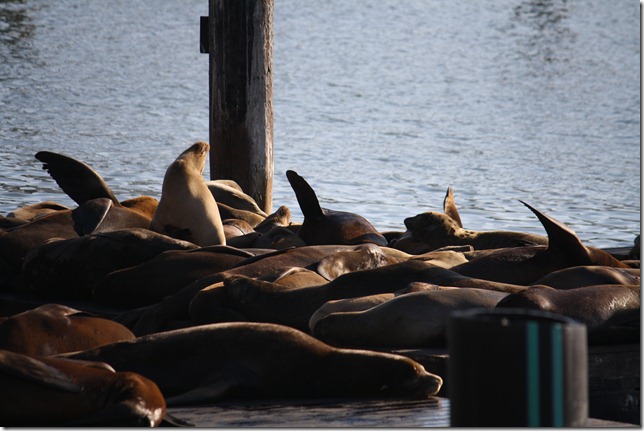 Rather than walking back through the chaos of Pier 39, we wandered around the back.  It was so pretty and peaceful there.  I just love being near water – it’s so calming. 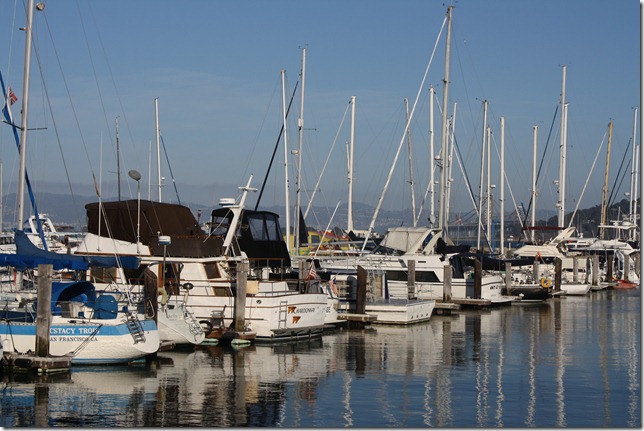 We were a little bit early for our scheduled Alcatrez tour by the time we made it down to the landing, so we went to a little restaurant across the street to wait for our tour to start. 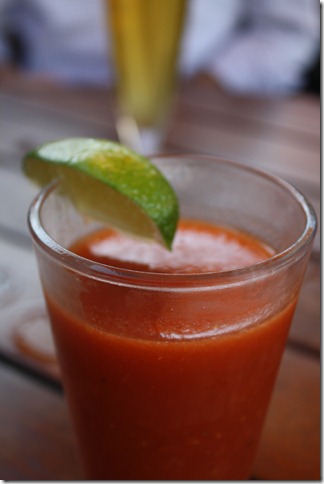 After killing time, we were ready for our tour on doing time… 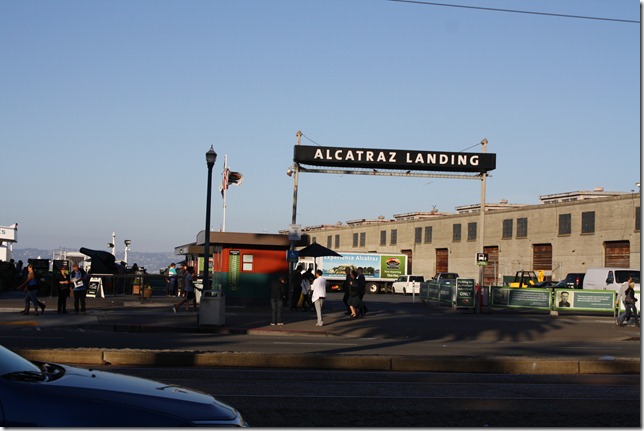