Where Are They Now?

I made a bit of a last minute decision and bought a flight to go home to Pittsford for my ten year high school reunion.

Ten years!  It doesn’t seem possible.  Imagine a decade from now…. 2020.  Doesn’t that seem like eons from now?  Like, we’ll have flying cars and self-cleaning houses (oooh!) in the oh so futuristic ten years from now, right?  Ten years goes fast.

The reunion was so much fun - it was an odd mixture of people who came, I guess since it was in the middle of summer, and a fairly small representation of my class.  Maybe forty people?  I think we graduated with about 250.  It was kind of nice that nobody seemed to have their entire high school posse represented so we all just sort of floated around and visited with each other.  Or maybe it was just after ten years, no one remembered or cared who belonged to what clique anymore.   No one seems that different from ten years ago, but everyone seems to be doing good things with their lives. 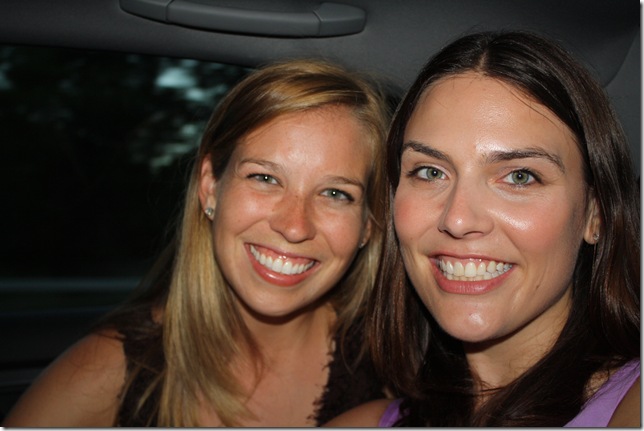 I only took one picture the entire time, and it was in the cab on the way there.  This is my best friend, Krissy, and I.  We met in eighth grade, in a class called Enrichment.  I don’t remember what we were supposed to actually do during Enrichment, but if passing notes was the point, then we were top of the class.  We originally bonded over our musical preferences.  While everyone else was listening to either Pearl Jam, Dr. Dre or Dave Matthews Band, we had both (separately) discovered a love for the oldies station.  We had certain songs we’d call each other when we heard them on the radio: Little Red Riding Hood and Snoopy vs. The Red Baron stand out in my mind.

In other words, we were pretty dorky.  But we managed to turn out okay. 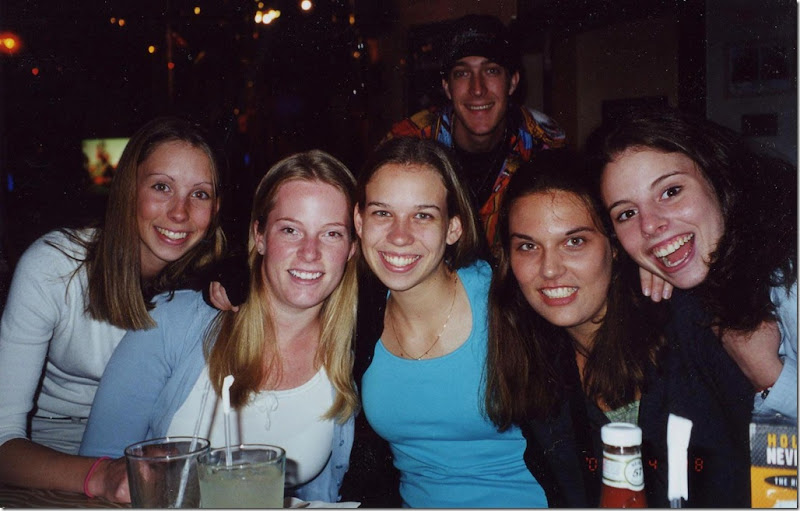 10 years ago: Spring Break in Myrtle Beach, April 2000.  My sister, Katie, and friends Jamie, (me), Krissy and Tamara.  And a waiter who wanted to immortalize himself in this shot too.  I don’t think we’ve changed too much in ten years, except that no one parts their hair in the middle in the anymore.  So late 90s.

I feel like the advent of Facebook (and the ease of keeping in touch over instant messenger, email, texting, cell phone/no long distance) has made reunions a little bit anticlimactic.  I’ve kept in good touch with my closest friends from high school through these mediums, but I also have the ability to spy on almost anyone I’m slightly curious about from high school or other past stages of life via Facebook.  There were very few people who I saw at the reunion who I didn’t have some semblance of what was going on in their life already.  In fact, I found myself in conversations mentioning something about someone’s life and realizing I only knew that because I had seen it as a Facebook status.  Since it happened back to me, I think that’s okay.  For example, congratulating someone on a baby they just had when you probably haven’t had an actual conversation with them since sometime around graduation day?  Thanks to Facebook. I obviously love the connections that internet/technology allow me to make and keep, but it certainly ruins the “where are they now” moments that reunions are supposed to have.  I know exactly where they are; their Foursquare check in just told me.

What was the last reunion you had?  Did you attend?