Is it just me or does turning the calendar page over to November suddenly start making everything go by in turbo speed?  Maybe it’s the combination of more random things on the to do list (“must! put! up! Christmas! decor! NOW!) and more actual events on the calendar, but I swear there’s something about this time of year that just makes me feel busy.   In a good way, but in a “where did the week go?” kind of way.  Some highlights from this week:

Wednesday evening was Bunko nights with the ladies, which has quickly turned into Wine Drinking Night, since the dice hasn’t really made an appearance the last few weeks.  No one seems to be complaining.  We agreed we’d continue to call it Bunko night for the sake of our husband’s.  (Hi, husband.  I doubt you’re surprised.)  Jamie, this week’s hostess, is a Southern woman if there ever is one and hosted an excellent get together.  Not only was her house as sparkling as the cider in her fridge, but she had gotten together the ingredients to make caramel apples.  It was the perfect fall evening activity, and of course culminated in one of my other favorite activities: eating.  (Forgot to bring my good camera, so these come a la cell phone cam.) 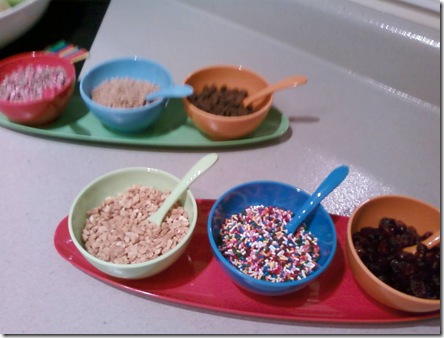 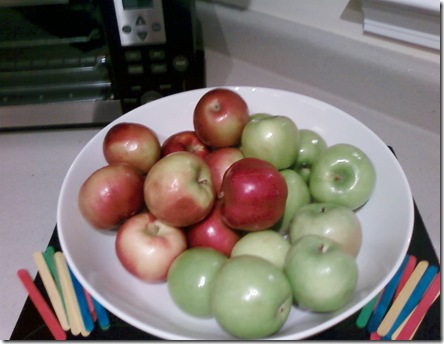 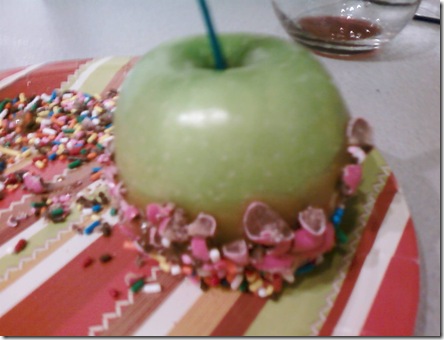 Thursday was my wonderful hubby’s 28th birthday!.  He had the day off, and I had a break in my schedule that afforded us the chance to go on a lunch date to our favorite restaurant, Village Tavern.  (See, I told you that EM resident schedule had it’s perks!)  VT has been our go-to for everything special in our relationship – everything from our first date to where we got engaged – so it was fitting that we were able to have a little birthday celebration there too.  I always laugh to myself when the waiters ask “Is this your first time visiting us?”  Once Matt and I counted out how many VT trips we had… and we estimated it to be in the 50s.  I would estimate I have gotten the grilled chicken salad 47 of those times.  Birthday boy had convinced me to give him his b-day present about 10 days earlier, but fortunately my mom had sent a package of cookies so there was still something to open on the official day.  Both parents went in together to get him a storm door, which I believe is due to arrive any day.  Yes, we’ve officially reached the age where Home Improvement gift requests top the list.  Happy Birthday, honey!

Friday was kind of a random day, as most Friday’s tend to be for me.  I woke up early and coached one of my private clients before starting my Wake day and coaching two more research participants.  I had a small break, in which I scurried over to WFU and got my swine flu shot.  Then I had four more Wake calls, and I did each one in a different place: one in Benson before deciding that was too loud (and weird; flashbacks galore), then retreated to the quiet but sunny patio to do the 2nd.  Then I realized I had to be across town at Starbucks to meet my coaching client at the exact time my 4th call would be ending so I did the 3rd call in my car.  That one ended early and I realized I was starving, so I dashed into Fresh Market and grabbed the most gorgeous Honeycrisp Apple and a this fruit and nut bar for lunch.  I did my 4th call in the call, and then walked into Starbucks a minute before I was due to meet my client.  Whew! 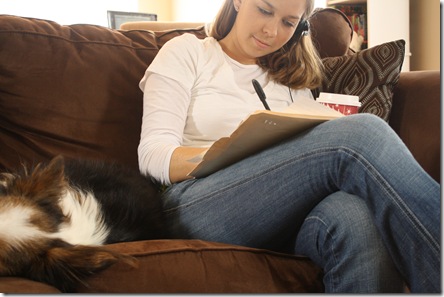 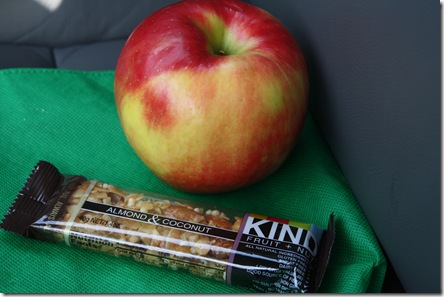 Friday’s Lunch.  I felt compelled to snap it, no big surprise there.

Friday night we had a dinner for the emergency medicine department.  Like any event where you know approximately 1.5 people, it was a little bit awkward but I must say, I liked having faces to go with the names of the many attendings and other residents Matt talks about.  I always find it strange that I have no mental picture in my head of what Matt’s day is like for 8-10 hours every day.  My mom always talks about what a good feeling it is to visit us in all the various apartments, dorm rooms, homes we’ve had so that when we talk on the phone, she can picture where we are.  I feel a little bit that way about Matt’s life – I wish I could be a fly on the wall at work for just one day.  At the very least, getting to meet some of the people he works with and hearing the department’s updates (via PowerPoint, ohhhh academia…) was nice.  The dinner was hosted at Millennium in the Courtroom, which was a little bizarre since the last time I was there was our Chi Omega formal in the spring of 2002.  Guess who my date was?

Saturday morning we got up early and headed over to tailgate with our friends Anne and Locke.  We had mimosas and Midtown pancakes and marveled at the fact that it was nearly 80 out in November.  I didn’t have plans to go to the game; Matt had tickets so at noon we parted separate ways.  I came home and put the game on TV and rolled up my sleeves for an epic house cleaning.  Our house had gotten to “Broken Windows” stage … a term we use to describe that point when things are so messy you stop trying to pick up.  You know how it goes… if there’s one T-shirt on the floor, what’s one more?  There was so much Buddy fur in the corners you could have knit a sweater with it and I can’t even speak about the state of our shower.  So I got to work cleaning and catching up on laundry.  Five hours later (five!!!), the house was scoured, scrubbed and shining.  I was proud.  And exhausted.  And there was six loads of laundry I had just dumped on the bed.  Sigh.  Really?  I debated leaving it there and taking a break, but decided the best thing to do was just get it over with.  I dove in, put a book on tape on on my ipod and folded…and folded and folded..  for another hour.  Then and only then did I declare myself DUNZO, and curled up with my reward: a DVR-ed episode of Glee (such guilty pleasure) and asparagus frittata.  I know it sounds like kind of a lame Saturday night, but looking around my house, I just felt such a sense of satisfaction.  (Jamie, I know at least you will understand.) 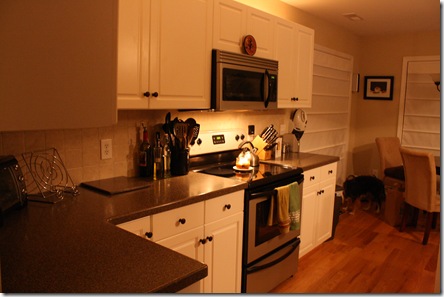 Sunday morning I woke up feeling well-rested, with the buzz of sniffing household cleaners the satisfaction of my productive night still looming over me.  My November newsletter is bordering on overdue, but I’ve been procrastinating writing the articles for it.  As I’ve mentioned before, I love writing first thing in the morning.  I took advantage of knowing Matt would be sleeping late (having worked til 1 am) and cracked open Live Writer.  Not only did I crank out the two articles, but I wrote five others ones that I had been sitting on – blogs for MegEats that I had taken the pictures for and just not updated.  I always notice a jump in my blog view stats after my newsletter rolls out, but the work to get it out usually results in me not posting again until, well sometimes, the next newsletter.  I'm psyched to be sitting on some drafts now.  The rest of the day passed in a blur of other lingering to do lists items: getting my Christmas decorations organized, posting a few things on Ebay, editing and backing up the last few months of photos, walking the Spudster and my first run in over 2 months.  (It was bad.  Really, really bad.  You know that whole “use it or lose it?”  Yea.)  All I have left hanging out on my to do list is editing a PowerPoint for tomorrow, and then there’s a bath tub and a book with my name on it.  That seems like a pretty perfect way to end a busy, but productive weekend.

Holy crap, I am exhausted after reading about your weekend! But yes, I do understand how gratifying it is to have a perfectly clean home...I feel so much closer to you ;)