1. What did you do in 2012 that you’d never done before?
Had a baby. Experienced pregnancy, became a mom. Published a book. (Whoa! It was kind of a big year.)

2. Did you keep your new year’s resolutions, and will you make more for next year?
I don't usually make new year's resolutions. I do write down my goals for each year… now I just have to remember where I wrote them down to see how I did…

3. Did anyone close to you give birth?
Besides me?? Hmm..  One of my best friends, Akanksha, welcomed her little girl Ayanna in March. My sister's best friend Christy had a baby 3 weeks after me - our due dates were actually just a few days apart so it was fun being pregnant together with her. My friend Kathryn had her second little boy, West in September. Two of my high school friends, Laura and Kristen, had babies in June and July respectively - both little boys and high school friend Jeff and his wife Anna had a little girl in June also. Residency friend Crystal had baby number two, Elise, in May. My friend Denise had a little boy in January – currently my only local friend with a 2012 baby as Ayanna + Akanksha and Crystal + Elise departed after residency ended. I have also made some wonderful Twitter/blog friends, Jess, Kim and Joanna, who had babies right around the same time as me and I love reading their updates and having someone go through the same stages as Bo and I. Matt’s two cousins both had babies this year, so we have THREE new little ones in the family this year. (His cousin Jamie had a little boy named Trip in October and Heather had a little girl named Piper in June. They are sisters and this is number two for both of them.)

4. Did anyone close to you die? Not this year, thankfully. I didn’t fill this out last year but 2011 was a sad year as I said good-bye to both my maternal grandfather and my paternal grandmother, and my husband lost his Papaw. We are thankful this year was a quiet, healthy year for both our families.

5. What countries did you visit?
Chalk it up to being pregnant for half the year and a new mom for half the year, but we certainly did not leave the country. We did travel - it was just all domestic this year.

7. What dates from 2012 will remain etched upon your memory, and why?

August 13th - my due date. It's still so etched in my mind, that sometimes I stutter when asked to fill out his actual birth date.

December 31st – my book showed up on Amazon!

8. What was your biggest achievement of the year?
I'm not sure if having a baby counts as an achievement, but it certainly was the biggest event of my year. Second, and probably more technically an "achievement" would be getting my book FINALLY published! A lifelong dream.

9. What was your biggest failure?
Wishing time would move faster in the months leading up to Bo's birth - I was so frustrated with my job, it clouded a lot of the other parts of my life and I wasn't as content in the present as I wish I had been.

10. Did you suffer illness or injury?
No. I had one bout of a GI bug in May that concerned me because I thought it was a colitis flare but it came and went over the course of a weekend. Thankful thankful.

11. What was the best thing you bought?
A couple things come to mind: A gift for my husband's end of residency - the last present I will buy him for awhile with money I earned and it was a complete surprise to him. Win! Also, a purse that works as a diaper bag that I love and that does not look like a diaper bag. A pair of my favorite skinny jeans from Loft in my postpartum size despite the fact that I was being stubborn and didn't want to pay full price for pants in a bigger size. I didn't realize how far that would go for my esteem to feel good in a pair of (real) pants postpartum. And lastly, a swing for Bo. Best baby related purchase we made. Maybe one of the best purchases of my life.

12. Whose behavior merited celebration?
My wonderful husband who has now stepped into a new amazing role as a Daddy. Every family member who has slept over at my house in the last 5 months and offered to do an early-morning feeding and give me extra sleep. Friends who showed up with food. I have to admit, I was never really great about making food for friends who had a baby. Never again. I'm on it. Having those freezer meals were my saving grace those first 8 weeks. Friends who answer “is this normal?” texts at all hours of the day/night and mean it when they say “call me anytime. Even in the middle of the night.” (You know who you are.) My mom, who has done everything from middle of the night feeds to weekend long babysitting stints to talking me down from polishing off a whole canister of Trader Joe’s dark chocolate peanut butter cups after an especially trying day.

13. Whose behavior made you appalled and depressed?
I always hate answering this question but the answer came easily to me this year and I'm not glad for that. I, like probably everyone else, was so horrified by the Newtown shootings. I don't want to dwell on it, because I still can't think about those parents with having to choke back tears. Suffice it to say, I snuggle my baby a little longer each night when I put him down to sleep and thank God that my child is safe in my arms for another day.

14. Where did most of your money go?
Enfamil and Pampers

15. What did you get really, really, really excited about?
My hot dog themed birthday party. Flying out to California for my college roommate's wedding. A trip to the beach with friends. Wino weekends – 3 of them this year. My baby's arrival. Seeing my name pop up on Amazon. Scoring a rocker for the nursery on clearance. Drinking wine again.

16. What song will always remind you of 2012? The entire Lumineers album. Matt and I started listening to this on the way to Nashville last December for the bowl game and we haven’t gotten sick of it yet.

19. What do you wish you’d done less of?
Complained. Judged. Gossiped.

20. How did you spend Christmas?
We spent Christmas Eve and day in Lincolnton with my in-laws. My family came to Winston and we celebrated our "Claffey Christmas" the day after Christmas with all of them.

22. What was your favorite TV program?
How I Met Your Mother, The Mindy Project

23. Do you hate anyone now that you didn’t hate this time last year?
No

24. What was the best book you read?
Baby 411, Jane Eyre, The Forgotten Garden, The Happiness Project (I might have read that in 2011, but I really, really loved it.)

25. What was your greatest musical discovery?
The Lumineers, The Avett Brothers (might have also been 2011, but I didn't do this survey then so who knows!), Renee + Jeremy (for Bo), Eric Church

27. What did you want and not get?
Two weeks off from work before the baby came. (He showed up before those 2 weeks even started.) Buddy to sleep all night.

28. What was your favorite film of this year?
21 Jump Street. (In fairness, I only saw about 3 films this year… but this one was hilarious.)

30. What one thing would have made your year immeasurably more satisfying?
For Buddy's anxiety to diminish.

33. Which celebrity/public figure did you fancy the most?
I want to be BFF with Mindy Kaling.

34. What political issue stirred you the most?
Being home 24/7 during the elections was nauseating. I don't want to talk about politics. The short and dirty version: the lack of compromise among our elected officials makes me furious. I like Warren Buffet's ideas for how to make the debt disappear. I can’t wait to hear how history retells these years one day when Bo is studying them in his textbook. (Will textbooks exist then? Probably not.)

35. Who did you miss?
My grandparents – I wish they could meet Bo. My coworkers Suze + Heaph after I left work. Friends who live too, too far away.

36. Who was the best new person you met?
This year I am especially thankful for all the friends I have met through the internets. Maybe it's because I've spent a lot of time in my house this second half of the year and sometimes my only connection to adult conversations is the people inside my phone, but I feel really blessed by some of the friendships I've formed through blogging and twitter.

37. Tell us a valuable life lesson you learned in 2012.
I was going to make some sarcastic comment about how little sleep I can function on or how to wrap the perfect swaddle but I can’t help it, I have to make some super cliché musing about motherhood. This is what I learned this year: I was always a little nervous to start a family, because all I really knew we would experience was loss: loss of sleep and freedom, loss of consequence-free-hangovers, loss of flat abs, loss of quick weekend getaways, loss of discretionary income, etc. I’ve always known I wanted to have kids. Always. When we decided we were ready to have a baby, I felt really excited but still very apprehensive. The losses were known… the gains were the unknown. Oh my. I had no idea what was in store for us. I don’t know that I can even eloquently put into words what we’ve gained these last 5 months. We had a wonderful, full life but it’s as if someone took our movie and switched it over to HD. We were totally content with the regular channel until we switched to HD – and suddenly we wondered how we ever watched regular cable and thought it was enough. (Did I seriously just use cable TV as a metaphor for life-after-a-baby? Ouch.) Motherhood has just made my already happy life even more colorful and rich than I could have imagined. The loss of sleep, freedom, abs and income – they’re missed, from time to time. But they’re an afterthought most days. I had no idea what was in store for us when we said hello to this little guy. Watching his personality develop and his skills blossom is like watching a miracle unfold. The scary thing about parenthood was that I couldn’t imagine what it would be like. It turns out that the best thing about parenthood was I couldn’t have imagined what it would be like.

Happy 2013, friends. May it be a lovely, rich, happy and healthy year for all of you. 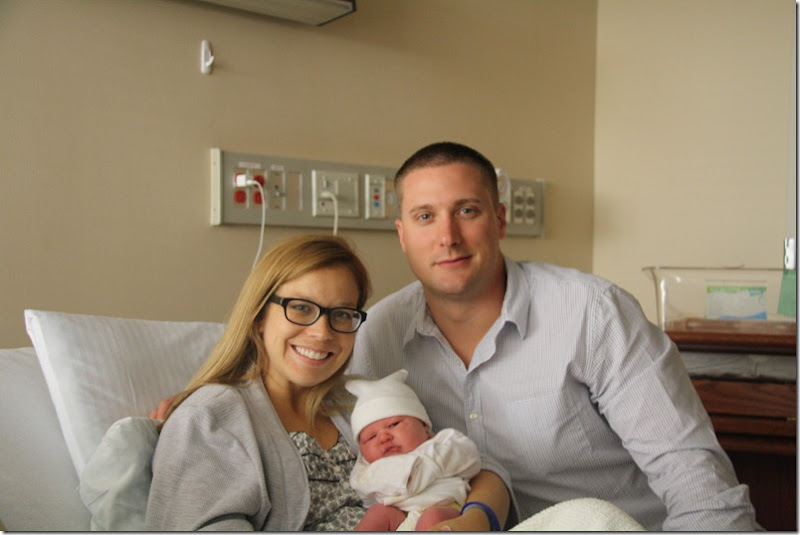 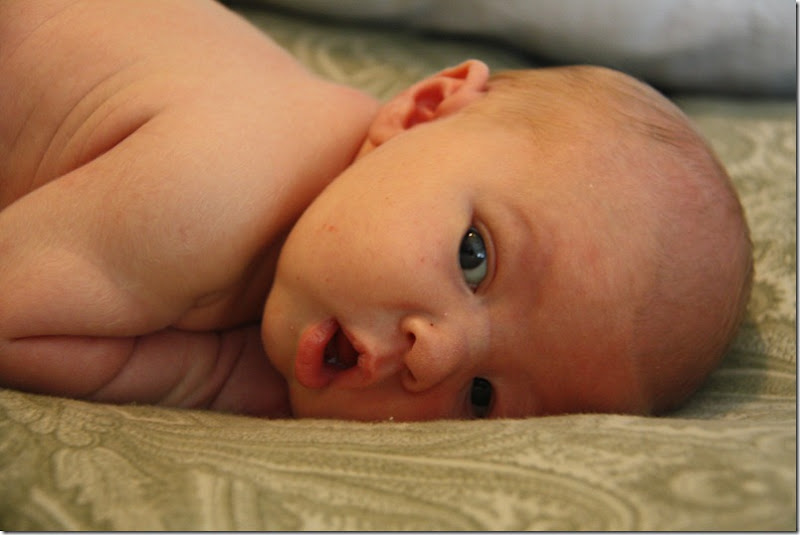 I always love reading this post. I must say #12 hits home. There is nothing better for a new momma than some food from friends.

Hey, great post! I am dying to know: what purse makes a great diaper bag?!

I love the metaphor comparing motherhood to cable tv. It totally works.

"You guys, my Saturday night was awful! I fell asleep watching 'Amelie' and when I woke up I had spilled so much red wine on myself that I thought I had been shot!!!"

i love that show.