We Went to Chicago

We went to Chicago last weekend! 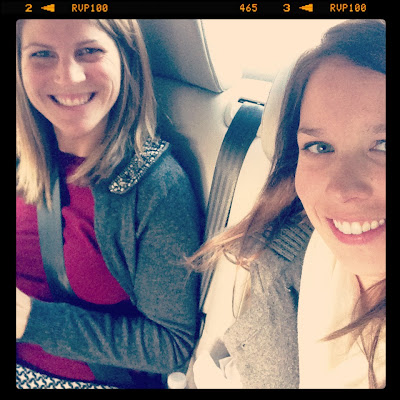 We packed up our warmest winter gear and a jumbo pack of "hand hotties" and headed up to the Windy City with the Glenns. Our reason for going was to see the Wake Forest vs Notre Dame game on Saturday (despite the inevitable outcome), but we gave ourselves a few extra days to explore Chicago first.

We loved it. And we really, really, really loved that unseasonably warm weather. (I saw a few guys in shorts - it was not that warm. But it was warm enough that I only used 2 of my 8 packs of hand hotties.)

We arrived Thursday morning and set about exploring. We wandered from our hotel down to the Michigan Ave area and had lunch at a Chinese / Thai restaurant called Big Bowl. Our meal was delicious - just the beginning of us eating our way through the city. 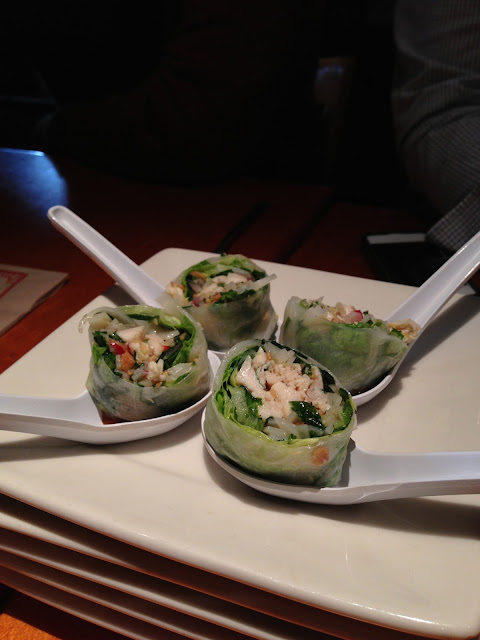 After lunch, we went up to the Signature Lounge in the Hancock Tower to get a bird's eye view of the city. The view was really breathtaking - and a little dizzying. We had a drink, rationalizing the overpriced beverages beat paying a fee for the observation deck one floor up, then snapped a few pictures and headed back down to solid ground below. 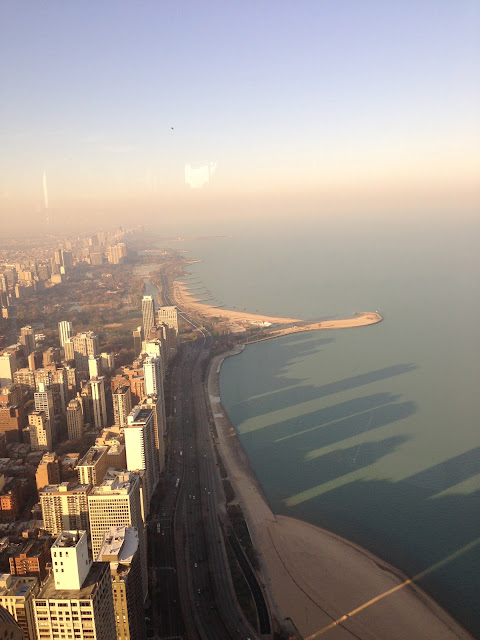 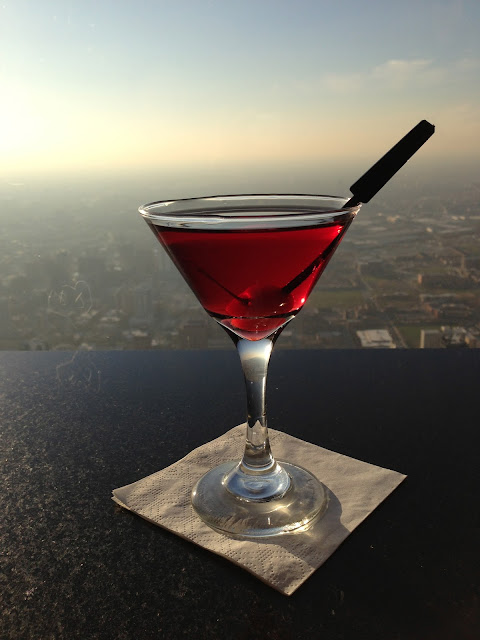 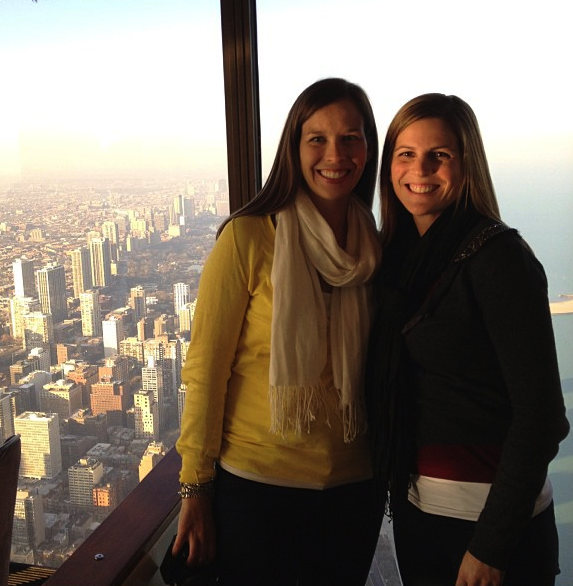 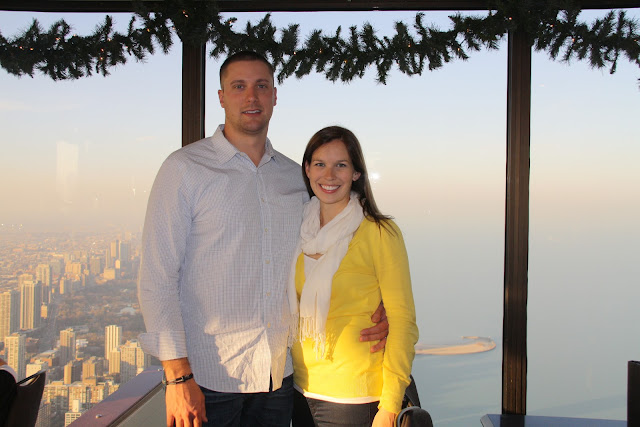 After our jaunt around Michigan Ave, we headed back to the hotel to figure out dinner plans. After consulting a few emails from Jamie who had been in Chicago literally one weekend before us, we settled on an Italian place called Topo Gigio. Holy moly. I'll be perfectly honest - I don't generally like Italian. But the few times I've had really good homemade Italian, I've considered calling a truce with my pasta grudge. This was one of those cases. (I said the exact same thing when we went to a little Italian joint in San Fran. Maybe Winston just needs an alternative to the ol' Garden of Olives.) After dinner, we decided to see if we could catch a show last minute at Second City comedy club and we were able to get in to see a local improv show. It did not disappoint and I am quite certain I laughed hard enough to burn a few of the thousand calories I took in at dinner. 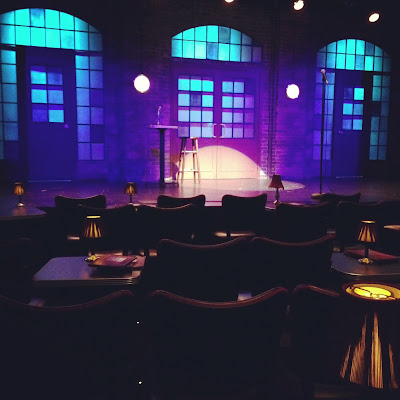 Friday we basically did two things: walked and ate. (Thank goodness for the former.) Breakfast at Yolk, lunch at Gino's East and dinner at XOCO. 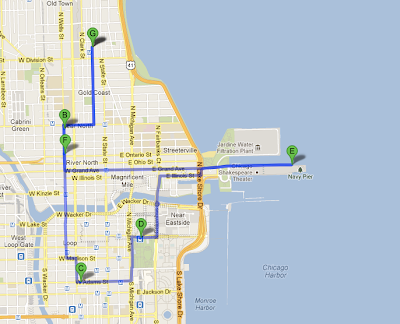 No, really. We walked. And walked and walked. 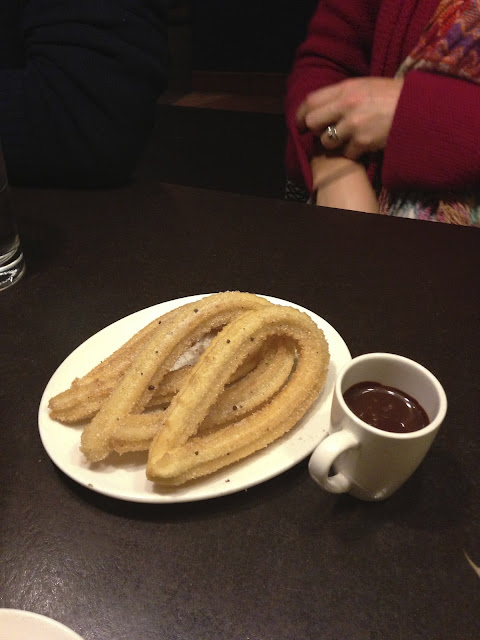 And we ate. And ate and ate.

We wrapped up Friday evening pretty early since we had an early wake up call to head down to South Bend. We really loved our visit to Chicago. It was an easy city to get around and we barely made a dent in our recommendations of restaurants and things to do. I think it'll definitely be on our return list. However, we probably won't tempt the weather gods twice... next time we'll hedge our bets and go in the spring!

I'm glad you had such a great time - Chicago is one of my favorite places ever! Next time you're up this way we need to get together.

I'm very glad you wrote out the names of all the restaurants we went to, that will be *very* important on our next go-round when I am super craving those churros! Great pics, and great weekend!