Weight: 15 lbs 13 oz, 55th percentile. Healthy healthy baby! I swear he went from wearing 0-3’s to literally outgrowing them in one weekend and needing to move into the 3-6’s. I got a little misty eyed packing up all his little short sleeved onesies that he’s spent most of the fall in so far.

Eats: We switched from 5 oz 6 times a day to 6 oz 5 times a day. He starts the day at 5 am (yawn!), but fortunately goes back down right after he eats and then eats about every 3 to 3.5 hours after that, ending with his last bottle at 6:30.

Sleeps: This kid really loves to sleep. That doesn’t necessarily mean he always does – just that he is a much happier baby when he gets a lot of sleep. I really try hard to make sure we are home to get about 3 good naps in at home because he just doesn’t sleep as soundly in the car seat or in the Ergo anymore. At the beginning of this week, I attempted the crib switch again and lo and behold, we have a crib sleeper!! I’m going to devote a whole post to the swing to crib transition (exciting stuff, I know) because it was A Really Big Deal around these parts. But it makes me happy to turn the monitor on and see my little guy completely zonked out in his crib, one arm thrown across his forehead. He sleeps from 7:00-5:00 and then 5:30-7:00ish. His daytime naps are between an hour to two long. Usually one in the crib and two in the swing. We dropped the swaddle this month too, and it wasn’t nearly as big a deal as I expected it to be. Once he started sucking on his hand all the time, I left one hand out… then eventually the other hand… and then one day I just forgot to swaddle him at all, and it didn’t affect his sleep one bit. I still occasionally use a sleep sack with the swaddle wings and wrap his body up if he’s fussy, but often I just use a regular sleep sack. This has been a big month in terms of changes in the sleep department for little Bo! (Now for real, can someone tell me how to get my DOG to sleep through the night?)

Hair: Still blonde and has grown in a little more.

Eyes: Still very very blue! His eyes follow me and Matt as we walk across rooms, and this month he started noticing Buddy. (Watch out Spuds, your quiet and calm days are numbered!) His expressions change from second to second – Matt describes it as a lifetime of emotions in 60 seconds.

Milestones: Rolling over! He isn’t doing it a lot, but every now and then during tummy time he’ll flip from tummy to back. The first time he did it, he completely surprised himself and the look on his face was a mixture of shock and pride. He can grab a toy and bring it to his mouth – and now everything goes straight to his mouth. He dropped his paci on his own once he discovered his hands and has never looked back. (Poor wubbas – your reign was brief.) He loves to stand up on our laps and stomp his feet. He’ll giggle when he gets going with his wiggles and discovered that he can growl. (It’s a bit like having a baby dinosaur in your house. Rawrr.)

This has been a really fun month. Bo’s personality is really starting to emerge – he is generous with his smiles, loves the sound of his own voice (especially his “growl”) and has developed quite an affinity for his dear friend Sophie the giraffe. Life is still a little unpredictable as far as a schedule, but I’m either becoming more comfortable with the unpredictability or there is a semblance of routine emerging. Probably both. He is happy to be held by anyone, but wants to up up up – standing on laps, stomping and wiggling his whole body. He is a joyful little baby, but he is quick to get frustrated when he doesn’t get what he wants – such as the end of tummy time, out of the bath (a new development – hating the bath?) or a toy just barely out of reach. When he’s tired, he wraps an arm around my neck and lays his head on my shoulder – the only time he is really snuggly these days – and I inhale the sweet scent of Johnson’s Baby shampoo on his perfect blonde head. Every day, he delights us, befuddles us and amazes us.

Happy four month birthday, sweet boy. We love you so! 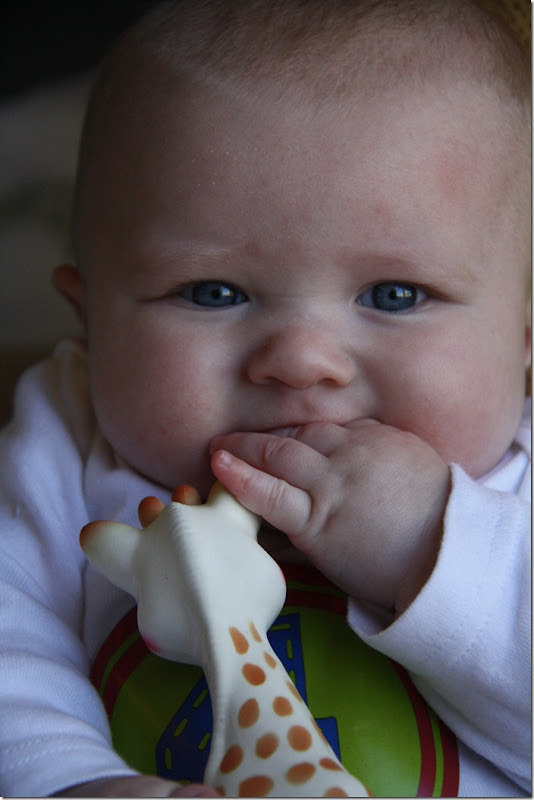 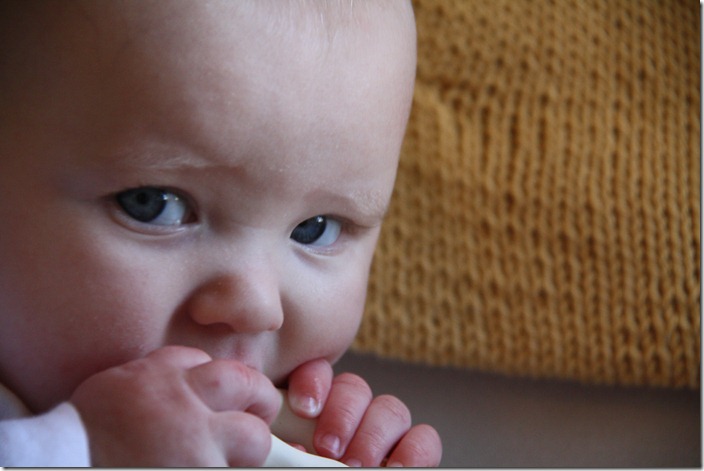 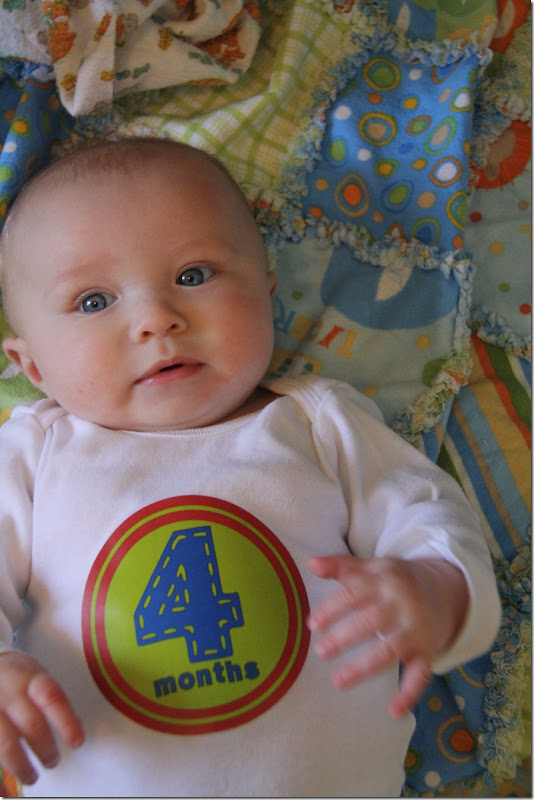 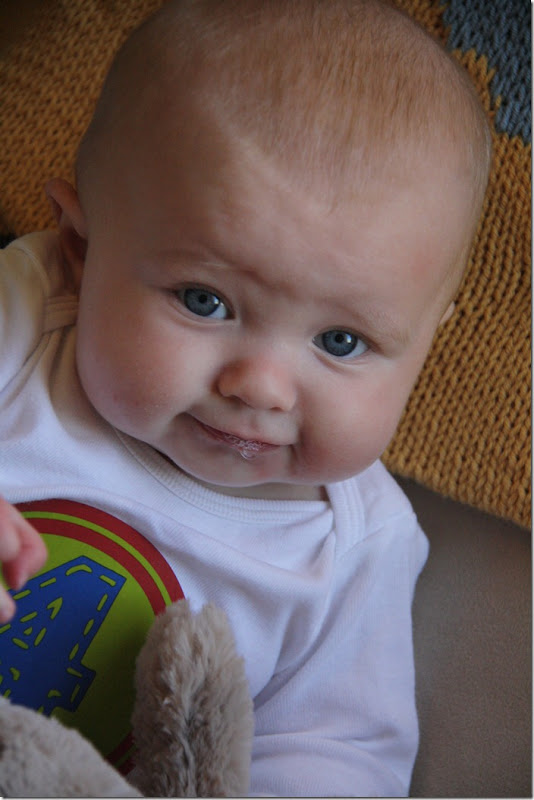 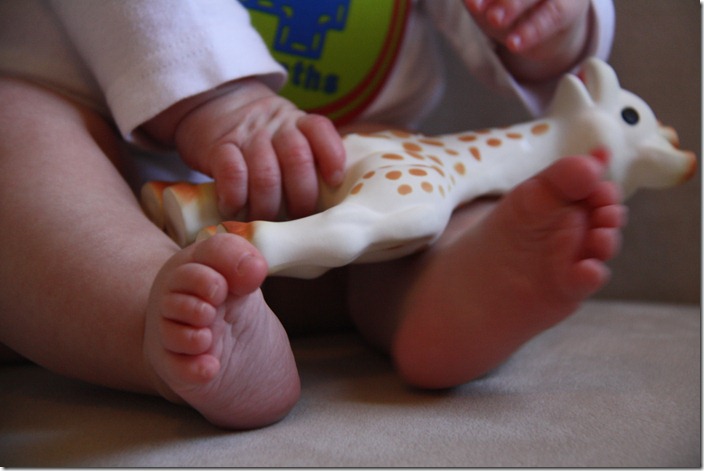 And now has entered the Sophie stage. Squeak, squeak!