I had an "I'm old" moment today.  I was purchasing my tickets to Sister Hazel online and thinking to myself "I can't believe they aren't sold out!  This is such a big show for Ziggy’s -  I would have thought Wake students would be buying them out!"

And then I realized: Sister Hazel had their biggest hit in 1997.  I was 15, and riding around in cars, singing to the radio at the top of my lungs, and that kind of music sticks with you for life.

Anyways, despite my senior moment, and despite the fact that the band itself is getting quite senior themselves...they ROCKED.  Seriously, rocked.  They sang every single song I would have hoped to hear.And the brand new Ziggy's was fabulous.  And we celebrated cute Teri's birthday.  And friends and favorite-concert-buddies Kate and Charlie joined us..  And they sang "This Kind of Love" which my friend Karl had sang at our wedding and makes me all squishy and happy inside when I hear it.

And it was such a happy night. 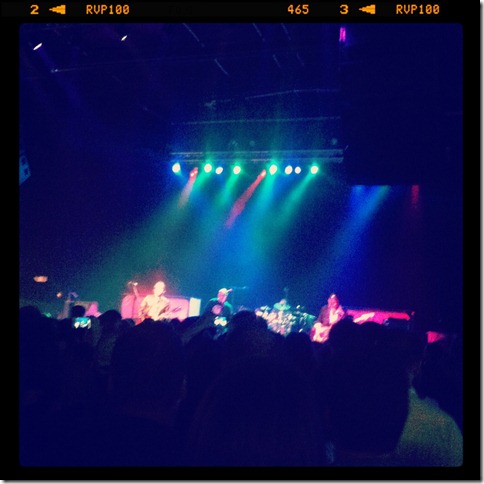 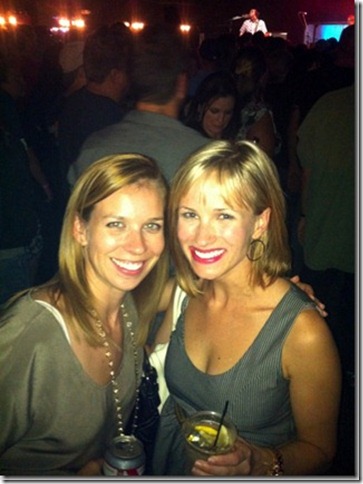 I'm so so happy you were there last night. And so happy we can be old together. <3

Made me go dig out all my old Sister Hazel CD.'s. Hey, I didn't even KNOW about Sister Hazel until a few years back, so... hmm, well, I don't really know what the point of that statement was, but it seemed important. Anyway, I LOVE SH, and was SO excited that you had one of their songs at your wedding. THAT was COOL. Love ya!