Confessions of a Yard Sale Addict

I've hosted my fair share of yard/garage sales.  In fact, I think this is probably my 6th - but this was my favorite.  Why, you ask?  (You did ask, didn’t you?)

Location: Other than the house I had growing up which was in a neighborhood but on the corner of a busy street, this was the best location I've been in.  Location is everything for garage sales.  Jamie's neighborhood is known for weekend garage sales, and lots of people told us they spent their Saturdays mapping out routes to go from one Ardmore sale to the next.  (Apparently, there's an app for this!) 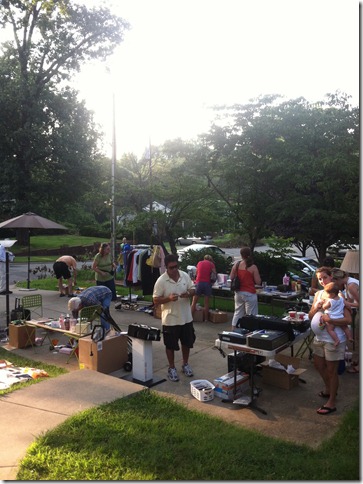 Friends: I was with some of my best friends.  Not only did this help us increase the amount of stuff we had to sell, but it made the morning so much more fun.  We were amazingly organized too - Jamie had the great idea to use different colored stickers, and then we just kept a piece of paper out where we wrote down each person's sale under their name based on the colors.  When someone asked if we would "go any lower," we'd look at the color and holler at the person - "Liz, 50 cents on this?"  Usually without looking, the other person agreed.  (We were also sharing the baby-sititng of Ethan, which just meant lots of passing around the cuteness.  Look at that face!) 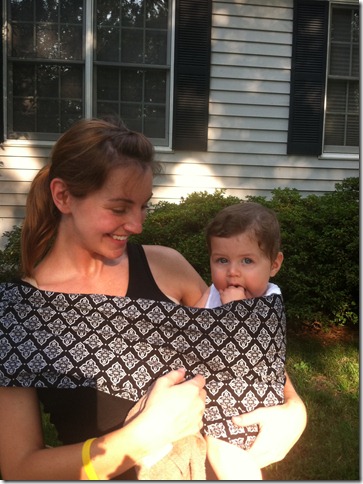 Mission: Because we were all pretty much on the same mission: get rid of our stuff.  I think when you have a garage sale you have to decide ahead of time: is my goal to make some coin or is to empty my closets?  (For the record, I think if you've got bigger stuff to sell and you don't want to budge on price, go with Craigslist.  I had a few things I didn't want to waver on and though lots of people ask about them but no one took 'em home.)  (I don’t have another garage sale pic, just another Ethan cuteness pic… so here you go.) 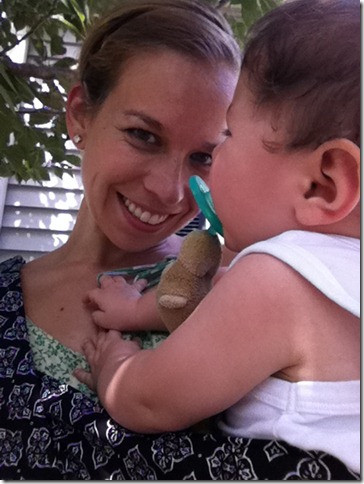 To that extent, we actually had a large pile of "FREE" stuff at the end of the driveway.  I think this is a great way to lure kids and men to your sale, which gives the mommas more time to peruse without someone begging to move on.  Just sayin'.

Weather: If you live in the South, you should probably think about hosting your garage sale in late May or early September to avoid having it be a million degrees out.  Oh wait... HAHAHAHA.

Despite the heat, I think our sale was a success!  I went to Jamie's with my car full of 2 suitcases of things, 3-4 boxes and a Tupperware tub.  After the sale and goodwill drop off, I went home with just the Tupperware tub with a few "keepers" to try again on ebay or Craiglist.

And, enough money to buy the birthday boy & girl a drink tonight at Tate's!  Not to mention... an empty closet.  That is downright priceless.