I’ve known a couple people who do the “cook all your meals on Sunday” thing and I’ve always had a mixture of apprehension and hesitation about it. It seems like a tremendous amount of work (is it really a time saver?) and that it would be difficult to make healthy meals, as I’ve always pictured casseroles and other dense heavy meals sitting in the freezer.

But lo and behold, here I find myself with 4 recipes on the counter, along with 5 onions, 8 pounds of chicken, and just about every pot and pan in my cupboard out, ready to be put to work. I genuinely love cooking, and furthermore, believe that most of the time, home cooked meals are healthier than restaurants meals. (They are, certainly, exceptions to this. Especially in the South.) BUT, as of March, I’m going to be switching to a 4-day work week and the 10 hour days, combined with a 40 minute commute both ways- which means I’ll be getting home pretty late most nights. Add a trip to the gym or an errand after work, and I could already forsee it wasn't going to be realistic to assume I’d be cooking on a regular basis at night. Lest we become on first name basis with the folks at Jersey Mike’s down the street, I decided to tackle the Sunday cook-a-thon – and since I will now have a 3rd day off every week (woohoo!), I figure it could very well be a good time investment. 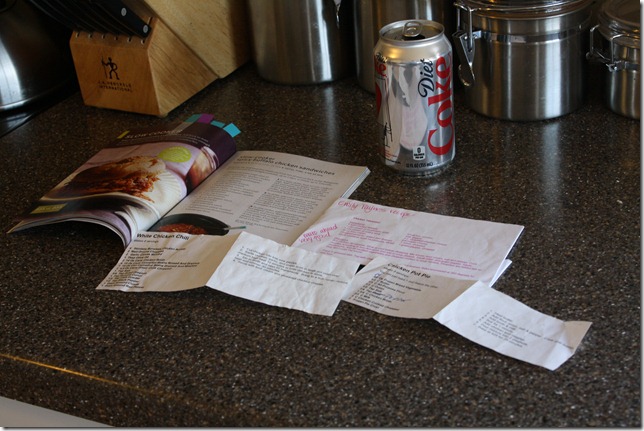 I gave it a test run this weekend, and while it didn’t go perfectly, it was overall pretty successful. I cooked for 7 hours, used every pot and pan I own, chopped enough onions to give watching Stepmom a run for the cryfest title, and had to run the dishwasher twice. I didn’t quite pick out enough variety in my meals (all chicken, oops) and they weren’t the healthiest things in my repertoire BUT…. 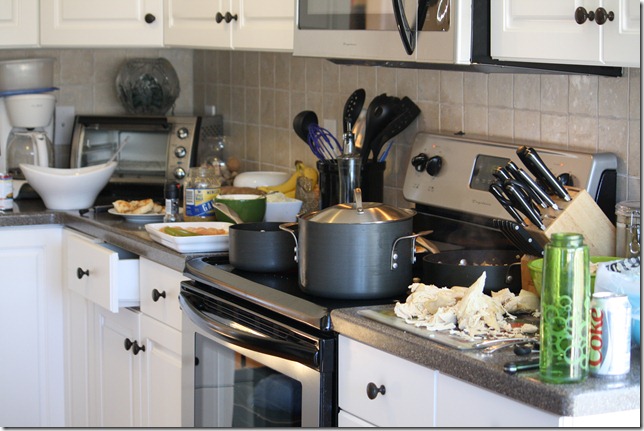 It’s going to take me a while to perfect this strategy, but overall I think it’s going to work and I’m pleased with the solution instead of subjecting us to takeout or quick heat meals just because we're busy.

Here’s what I made: 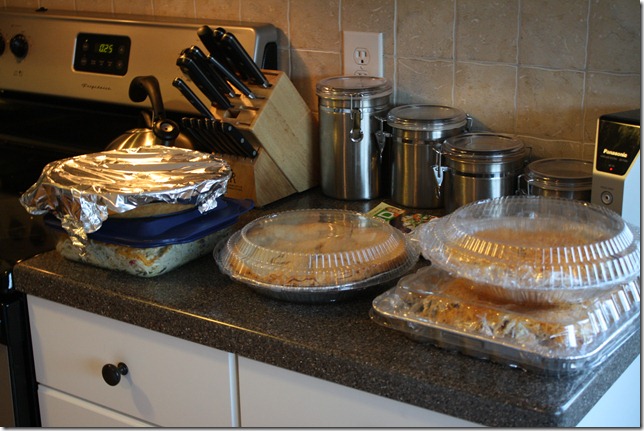 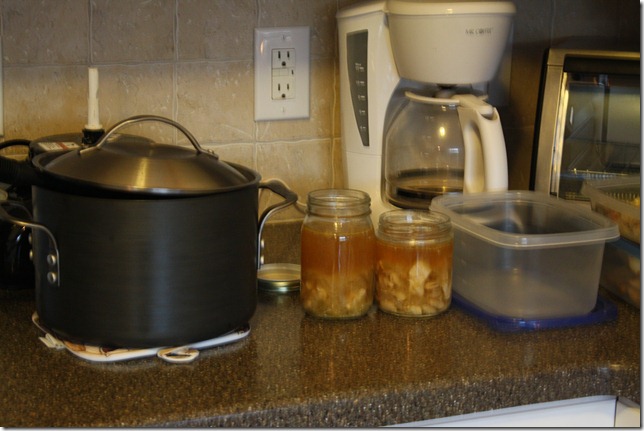 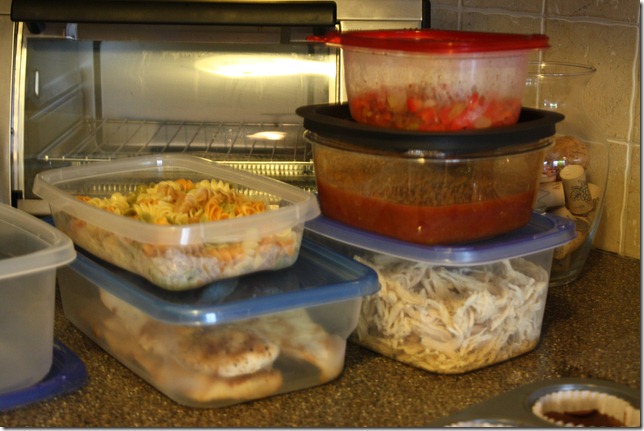 Since it was the Sunday before Valentine’s Day, part of my prep was also making our Valentine’s Day dinner: seared steaks, roasted asparagus with proscuitto, twice baked potatoes and this delicious chocolate espresso cheesecake that was made mostly of cottage cheese. Not kidding. And I’m telling you that now, because my hubby has already eaten it and now he can know. Hi, honey! 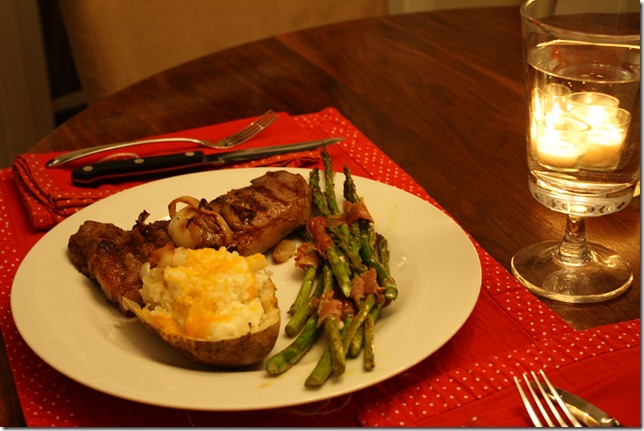 All in all, this actually ended up being about 2 week’s worth of food, because we’re starting the 2nd week and we still haven’t finished it all up. I’ve even taken it for a lunch a few times, and it’s been a nice change of pace from my usual winter meal, turkey sandwiches.

The key to being able to do this, I think, is to be okay with eating the same thing a few times during the week. (Or making smaller portions, or freezing 1/2 of each dish.) I have no problem eating the same meal a few days in a row, but I’ve definitely talked to a few people about this strategy who were horrified at the idea of having chicken tetrazzini more than once in a week. *Shrugs*. If you’ve got the time to cook every night, then there's probably no reason to employ this other than to save time. I've never attempted the cook-a-thon until l I was faced with the alternative of not having time to cook and knowing that we would get into the habit of picking up meals or relying on quick and easy, more processed foods. I'd rather have some repeats than rely on those. 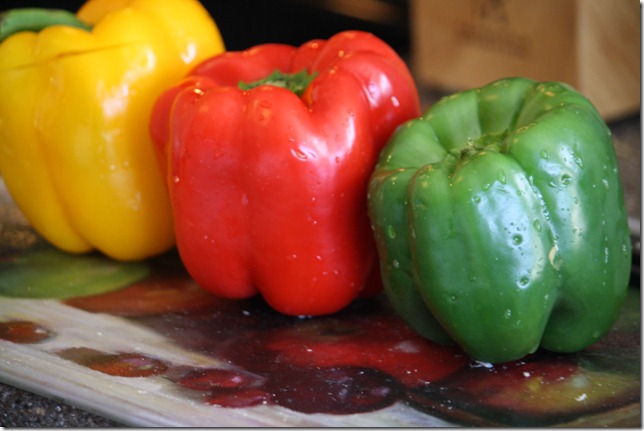 Some tips if you attempt this: 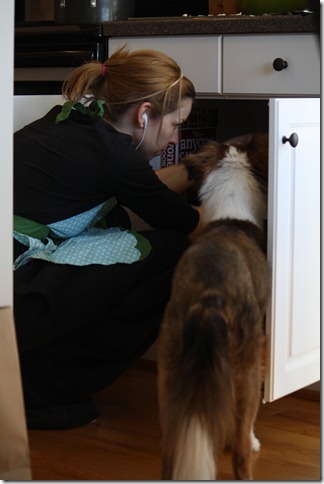 Keep your eyes on the prize. Even though I wasn’t working late this week, it was still so nice to do things after work and know that there was a home cooked meal to be had that night. On Monday and Thursday, I went for a run. On Tuesday, I did my final Christmas return and went to a dance class with Jamie and Anne. On Wednesday, I worked til 8 and on Friday, I crashed with a DVRed How I Met Your Mother and some crafting. Tonight, we’ll probably go out for dinner… because we want to. Not because we have to. And that’s exactly how I’d hope it would be.

Such a great idea. But seriously. Ohmygosh.

So wait - did you freeze it all?? Did I miss that part?

I know. Woe to the mess. But worth it!

Froze one tetrazzini, ate one. Froze half the soup, eating other half. Ate CPP. Sammies still to be eaten!