Oh, Play Me Some Mountain Music

I always thought I was a beach girl until Matt started taking me to the mountains. Now it seems my loyalties are divided. Sun and surf, versus leaves and crisp air... how's a girl to choose? (Fortunately, one of the best things about living in NC is that I don't have to - 4 hours to the beach, an hour and a half to the mountains. Road trip central.)

We had a bunch of friends come up with us to the mountain house this weekend - Jason, Minez, Jamie and Zac and Jacob and Akanksha. Friday night, Jamie and I threw together a feast for the masses including the most amazing marinated chicken - a recipe I stole from the Arnolds after they debuted it at their tailgate - followed by delicious handcrafted mojitos by Jacob. We passed the evening circled up playing Kings around the huge circular table made by Pa with its trademark lazy susan. Bet Pa never foresaw that as being one its many uses! (Hi Nanta + Pa!) (They don't really have internet access, do they?)

Saturday, after brunch cooked by my hubby, we headed off to one of our favorite spots - a tucked away riverbed with ginormous boulders that gradually ascends to a small waterfall and a flat creekbed. Perfect for picnics... or maybe just sitting and pondering life if you had, sayyy, just eaten 2 lbs of Neese's country sausage and couldn't fathom the idea of eating again for eons. The hike isn't too strenuous, but the boulders provide challenges the whole way - sometimes forcing you to jump, leap, grab someone's hand, crawl or even pull-up. (When it came time to do a pull up on a rock, us smart females found another path up the side of the creek bed.) 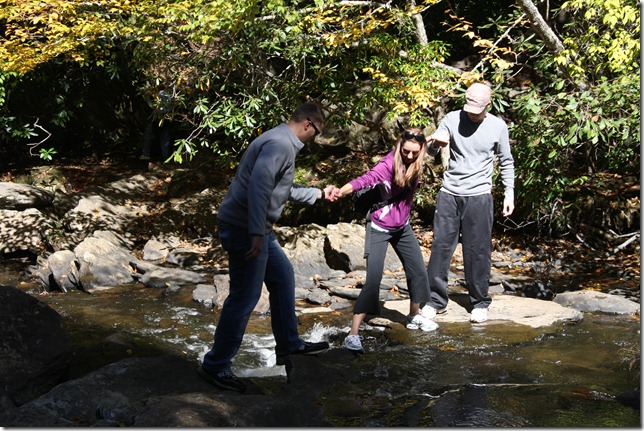 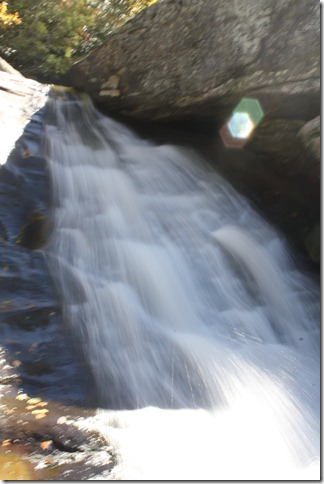 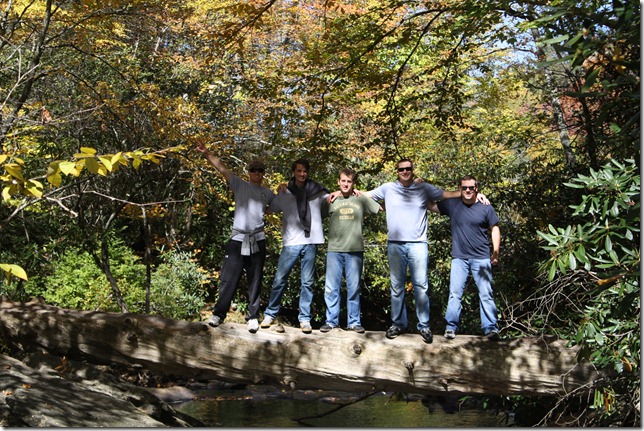 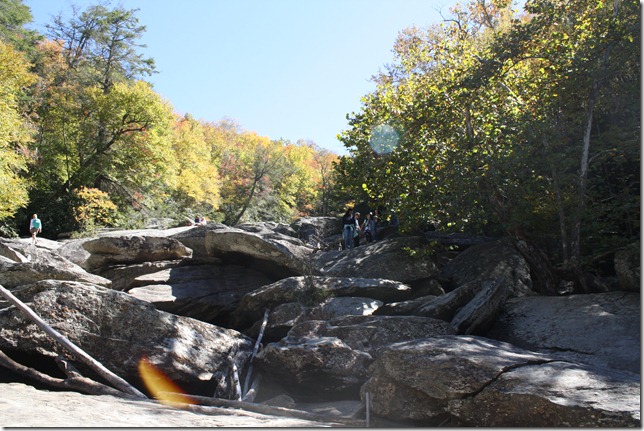 After the hike, the girls attempted a shopping trip to the outlets - although in what was probably an act of intervention from the wallet gods - we were so worn out from the hike, that by the time we got to the 3rd store, we were lazily picking up clothes and going "ehh... don't feel like trying it on." We rejoined the boys, who had been watching college football (Yea USC!) and headed out to Canyons, a local favorite for dinner.

Canyons is known for it's amazing sunset views (which did not disappoint - see below) and, on fairly regular occasions, a good live music venue. Tonight we were treated to the musical styling of the winner of Irish Idol, who was apparently kicking off his American tour in the high country. 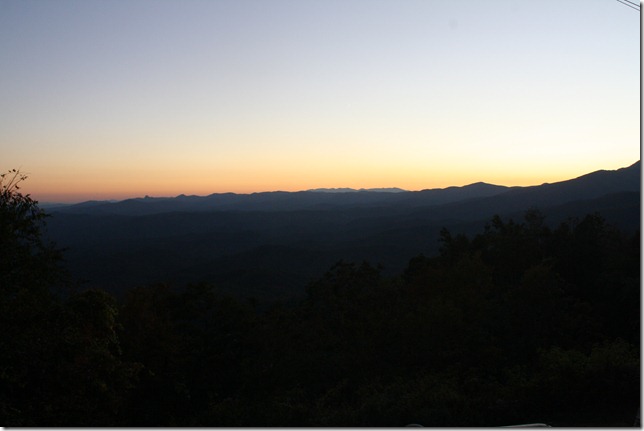 Isn’t it weird how people with accents when they talk have almost no trace of accent when they sing? That has always boggled my mind.

Anyways, as it was, our group simply was a little too worn out, and a little not drunk enough to appreciate the musical styling of this fine gent… we were all feeling a bit more Simon than Paula. We left a few songs in, got ice cream and shuffled home early.

We wrapped up Sunday with a leisurely walk around Bass Lake, and packed up the house - probably for the season. Every time we're up there, Matt and I swear we're going to go up more often but weekends seem to fill up as quickly as they show up. It's hard to get away from it all when you keep scheduling it all! I think it was a much needed and well timed break for all of us - everyone getting a little burnt out on work and routines (or starting a new one on Monday, yay Akanksha!) but the "break" of the holidays still feeling far enough away. I know for me it came at a good time, and there's few things that restore my soul more than sitting around a table (or crawling up a rock ledge, as the case may be) with people I love.