When I was in grad school, most of my classmates had 5-10 years on me and rings on their left hands. This, of course, made them experts in the realm of dating, and since I was 22 and single, made me the victim of their expertise. I was perfectly content sitting in my apartment on a Saturday night getting tipsy on Sutter Home and IM-flirting, but my grad school friends were intent that I have a Real Life Date. Thus, began a series of blind dates that while often disastrous, were also usually hilarious.

Let’s begin the story-telling by noting that all names have been changed to protect the innocent. Namely, me.

My classmate Rick was a 30-something, Jewish, dual MD/MPH who I think may have died a little inside when we were discussing relationships one day and I told him I was perfectly content being single, and probably not getting married for at least another 10 years. (I was only off by 7.) Rick was intent on finding me a guy who was “marriage-material”. Just what every 22 year old girl is looking for, right?

The week before I went home for Thanksgiving, Rick and I were walking out of our health comm class when he tells me he passed my email along to a friend of his, who had recently broken up with his girlfriend but was really, really nice, and laidback and would be soooo perfect for you. Mark, the friend, emailed me over Thanksgiving and after exchanging some basic niceties, we decided to get drinks at a bar in my neighborhood when I returned.

My first warning that this was about to be a blog-worthy-bad date was the email I got about 30 minutes before I was due to meet Mark at the bar.

I promptly went and changed into a turtleneck. I’m that kind of girl.

Upon returning from my first, and last, date with Mark I sent the following email to my girlfriends:

Top Ten Things to Say/Ask on a First Date to ensure that there's no second date:

1. Are you a wearing something sexy? (As I still have my coat on)

2. Are you looking for a relationship... or just friends with benefits?

4. My ex won't really let me talk to her anymore... she told me not to contact her.

7. I kind of think Federal Hill (the neighborhood I happen to live in...) is a shit hole.

10. So, when can I see my girl again? (note the possessive pronoun)

When our date had ended, I bid Mark good night and told him, as kindly as I possibly could, that I just didn’t think this was working out for us. I’ve never dumped someone on a first date, but I felt that my intentions better be made known quickly and without any room for interpretation.

The next morning I woke up to an email from the persistent and affable Mark that said that he wanted to see me again, but if I didn’t want to date, we could just be friends with benefits. (Marriage material? Really, Rick?)

I wrote back, in no uncertain terms, that we would never be seeing each other again.

A few hours later, I got another email from Mark and the subject line read: “Limiting Yourself.”

Don't limit yourself in life. You have hard and fast rules for everything in your life and you make obtuse decisions.

I didn’t bother to grace Mark with another reply and in fact, I haven’t thought about Mark since that October night in 2004. I came across his email tonight though, as I was looking back through old emails trying to find the address of one of my grad school friends. As I scrolled through the few emails from my one-date-boyfriend, ironically on Valentine’s Day, I thought how in fact the best relationship decision I ever made in my life was based on exactly what Mark had warned me against: having hard and fast rules for myself. Limiting myself.

The best decision I ever made in my love life was finally deciding that I wasn’t going to spend any time and energy with any guy where I had to guess what his intentions or motivations were, how committed he was, or how interested he was. In my year of grad school, I had been recoiling from a relationship defined by two people emotionally exhausting one another, I had gone on enough first dates to rival that hideous Drew Barrymore movie and I had had a few weeks-long relationships with guys who were more than just a little hesitant at the mere mention of the idea of using monikers such as “boyfriend” and “girlfriend.”

By the spring of that year, I had decided to set some hard and fast rules for myself. I wanted to date someone who wanted to call me their girlfriend. Who would call me. Often. Tell me he liked me. Be honest and sincere in his interest. Make time for me. They weren’t rules that required jumping through fiery hoops and buying gifts that came in baby blue boxes (although that never hurts)… but they were rules that, in 9 years of being in relationships, I had never bothered to set for myself.

When Matt asked me out, I was taken aback by how straight forward and honest he was. He liked me, he asked me to date him, and that was that. All the “games” that I had been so accustomed to playing in my past relationships never made an appearance. He made it a point to tell me how he felt about me. He made the time to come and see me (not an easy task as we were nearly 400 miles away.) He called me his girlfriend without me asking, without making a fuss, and with pride in his voice.

Setting hard and fast rules for myself made me consider myself worthy enough for someone’s sincere appreciation and love. And when I finally set the bar high enough, in to my life walked the person who was tall enough to reach it. So, Mark buddy, if you’re out there, I’m sorry to tell you that limiting yourself is not always a bad thing. In fact, you may want to give that method a go yourself sometime.

Happy Valentines Day, my sweetheart. Thank you for being you, and for being the "marriage material" I didn't know I was looking for. 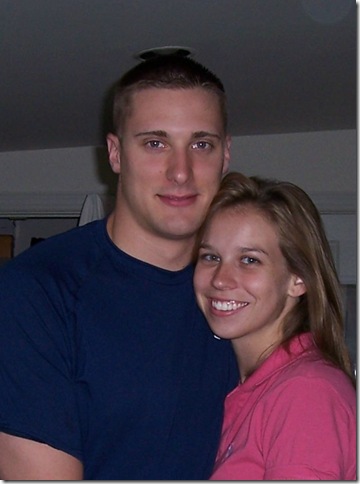 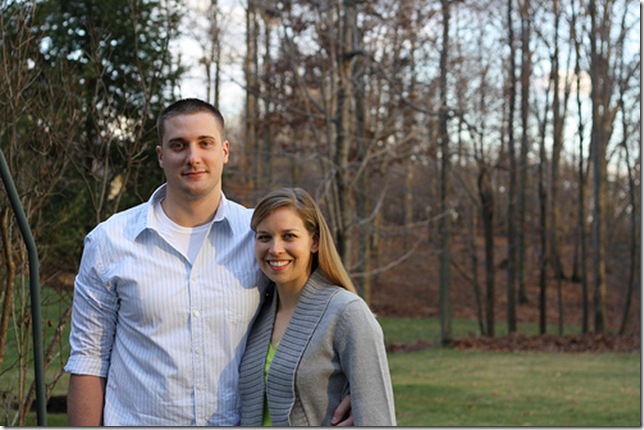 OMG. This made me snarf thinking of your Bmore files. And I forgot that this is where the Turtleneck thing came from. HA. Happy Valentines day!

So, delete this comment, and immediately send a copy of this post to your cousin in college. Please. And BEG her to set some limitations for herself that will land her a guy with as much QUALITY to him as Matt has.
And, happy belated Valentines Day to two of the nicest people I know, and their gorgeous Buddy boy.

Remember when I texted the winos and asked if a turtleneck was appropriate date attire? Now I understand why the answer was a resounding "yes".

OMG, I remember that date like it was YESTERDAY! Oh Bawlmer - we had some fun times, but it's probably best that we've moved on :)

I liked this story.

Please promise me you will have this talk with Mae someday.

I see the similarities :) This is going on file for Heaph's new life rules.