Weight: At his 9 month appointment, he was 20 lbs 5 oz which leaves him squarely in the 50th percentile again. He's still a shrimp at 27 inches, just 10th percentile for height. He's mostly wearing 9 month onesies, pajamas, shirts and shorts although some of his one piece rompers are 12 mo to account for those chubby little thighs.

Eats: He drinks 4 bottles a day - 3 are 7 oz and one 3 oz. Some days the stretch from his 2nd to 3rd bottle goes longer and I end up not doing his 4th bottle, because it'd basically be bottle-dinner (food)-bottle all within a couple hours. It doesn't seem to affect his sleeping (or ability to fall asleep) so I've been leaving that night time bottle out more and more. Food! Oh my gosh, this was the month of eating. He has tried so many new foods this month, with much enthusiasm. He's eating a lot more finger foods now - little pieces of bread, French toast, black beans, steamed carrots. He doesn't like to touch anything slimy so while he's enthusiastic about bananas, mangoes and avocados, he is not interested in picking them up himself. I've also started pureeing a lot of whatever we're having for dinner if it's not too seasoned, and that seems to be going over well too. Never knew my 9 month old would enjoy chicken marsala (spaghetti and all, in puree form) so much.

Sleeps: This month has been a little weird with sleep as we've started to really drop the 3rd nap. If we're out running errands, sometimes he'll still snooze but if we're home, I try not to put him down so it won't affect his night sleep… and this has meant that some nights he's in bed as early as 6:00 or 6:30. He has started waking up at 6:40 like clockwork, and since he doesn't cry out - just jabbers to himself and roll around - I leave him until 7:00. I haven't been able to pinpoint what's caused my former 7:00/7:30 riser to shift things back, and noticed it's been stable whether he goes to bed earlier or later, drinks more formula or less, is fussy the day before or calm… obviously, I've been a little obsessed with trying to return to our later wake time, but to no avail. He wakes up every morning delightfully happy and squeals with excitement when I come in his room, so I guess he's just ready to start the day then! (I'll be sure to remind him of this when he's 16 by coming in HIS room at 6:30.)

Milestones: Rolling! We are finally rolling. I say this with some relief, as he was definitely slow to hit the first mobility milestone, but some despair as I know the rest are now right around the corner. Right in the middle of this month, he started rolling over and now he's unstoppable. If he spies a toy he wants, he's off and rolling for it. He's totally pleased with himself too. He's babbling a mile a minute, including a little something I like to call "the screamies." The screamies, coincidentally, are usually at their peak when Matt is trying to sleep during the day after working nights. He's become incredibly aware of where I am in a room, and though he's still good at independent play, he is quick to let me know he'd like to me to come back into his line of vision. We've had lots of play dates this month, and it's fun to see him actually begin to interact with other kiddos.

Likes: Oatmeal, puffs, Greek yogurt, the buckles on his high chair, bath time, screaming, screeching, yelling, shouting (LOUD!), kicking his crib rails, rolling, his Buddy dog, anything that crinkles, FaceTiming (he can barely hold himself still with wiggles when he sees people come on the iPhone screen), yanking my glasses off my face, his Daddy playing "gonna getcha", doing Paddy cake.

Dislikes: having the iPhone taken away (especially when he had plans to chew on it), the end of a bottle, having his hair rinsed, getting his clothes changed, being overtired, shopping, picking up slimy foods.

Oh my goodness! What a month it has been. I feel like every month I claim it was my favorite so far, and then it just gets better. It's sad to see the slipping away of my baby boy every month as he barrels full steam ahead into a little boy, but it also gets more and more fun to hear our house fill up with the sound of shrieks, laughter, babble and the percussion instrument known as "upside down toy bucket." Bo's personality is starting to emerge, and I feel like I am getting a glimpse into a future where I will have my hands very, very full. As my mom often says in reply to the numerous photos she receives of Bo investigating various household objects: "this boy has an extremely healthy curiosity." I have a feeling each month ahead of us is going to be more fast paced than the next, and I just hope Matt and I can keep up with this little 20 pound scientist with a slight flair for the dramatics. We are certainly going to enjoy the ride. 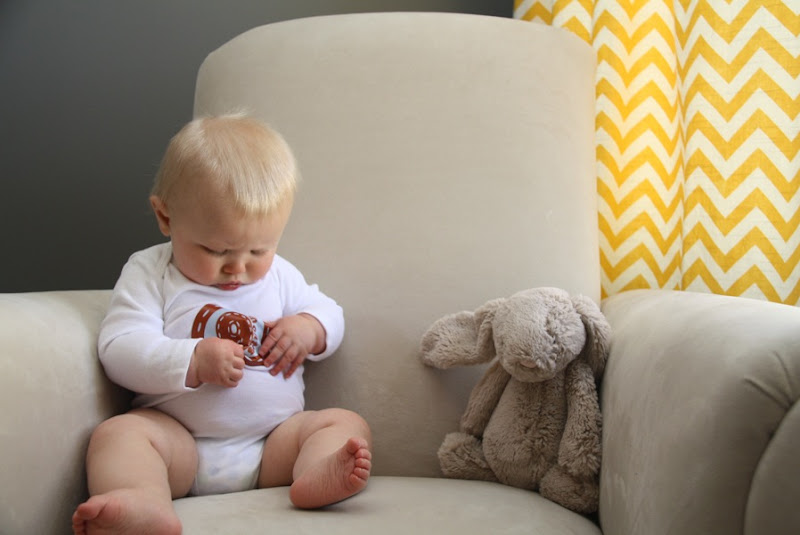 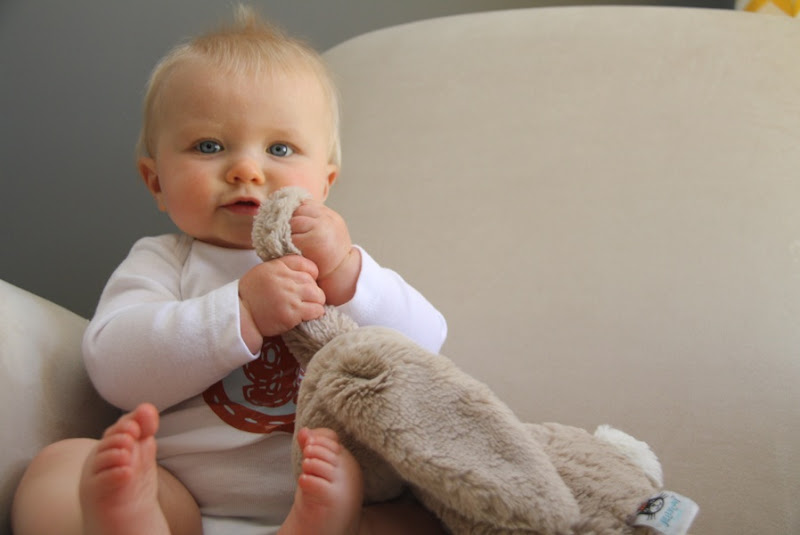 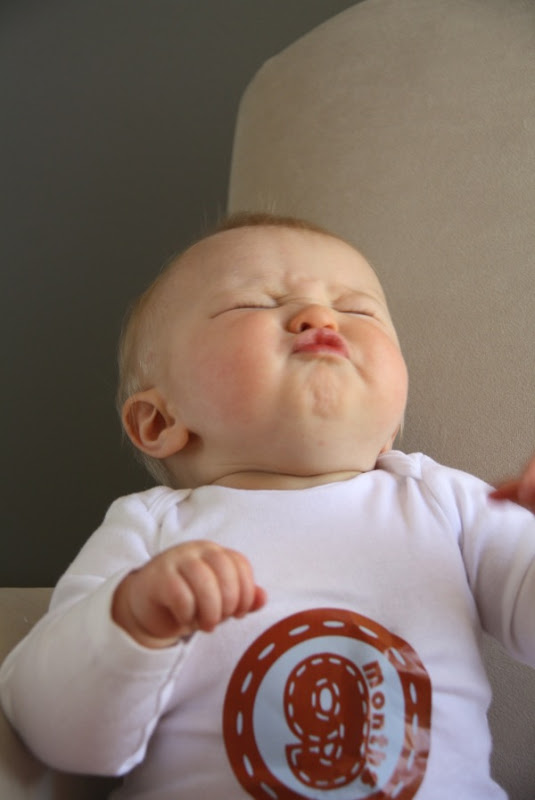 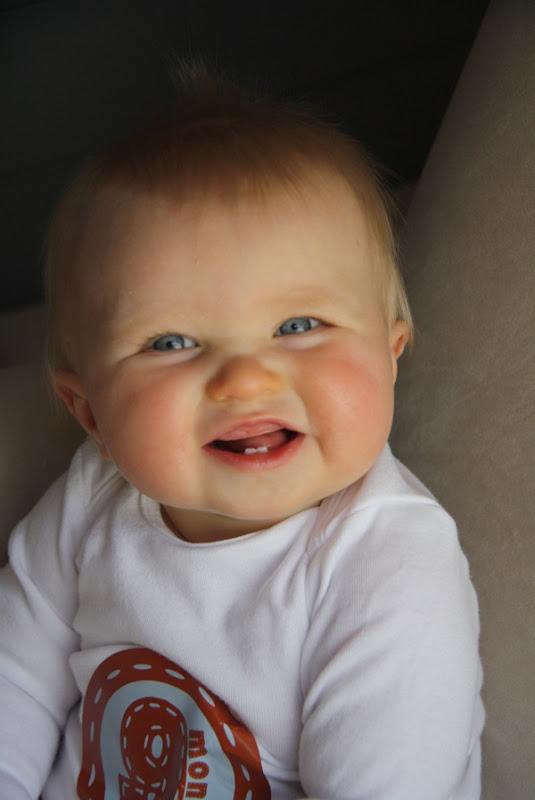 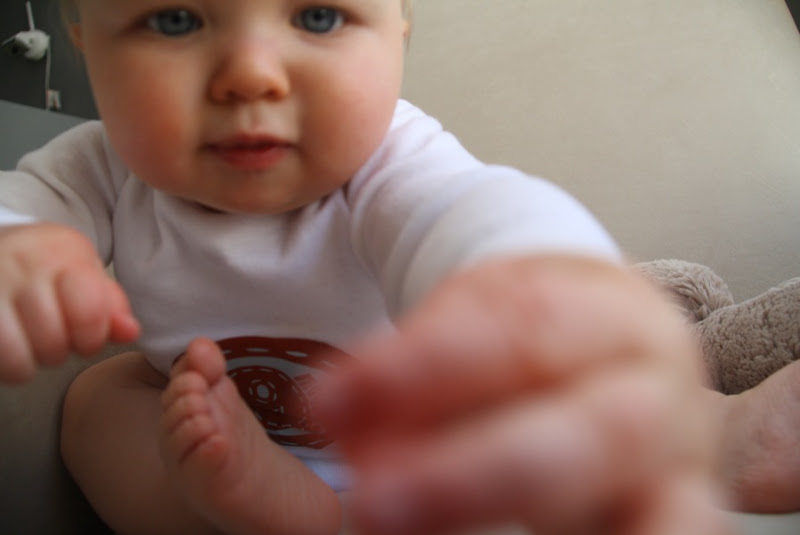 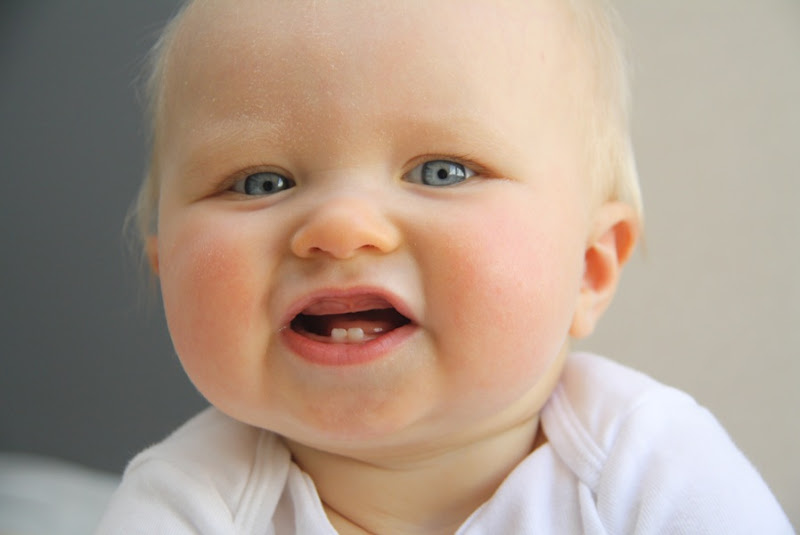