Tailgate season is upon us once again!

Or as some people like to call it: football season.

The fact that there’s a game we attend is really just a minor detail in my grand scheme of thing. (This is where my husband starts to wonder why he bothers to buy me a season ticket...) Don’t get me wrong – I actually enjoy watching football now and can for the most part keep up with what’s happening on the field. But I am still partial to the action that happens before we get into the stadium: the meal planning & preparation, the picking out of my black & gold outfit each week and of course, the eating, drinking and schmoozing once we arrive. Go Deacs!

For the first game, my sister and I popped by the tailgate for an hour and brought Bo to introduce him to tailgate life. It was a little hot out, so we didn’t stay for the game. Bo was on his best behavior and enjoyed getting passed around and snuggled by all his aunties. 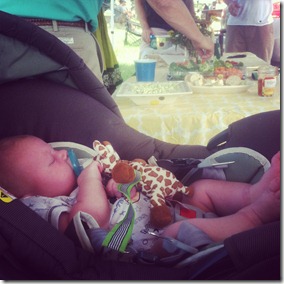 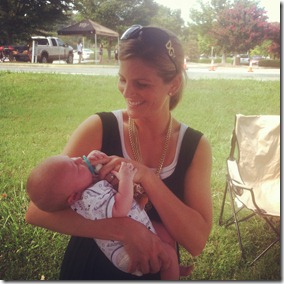 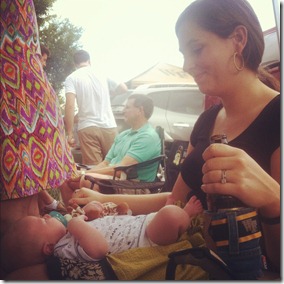 Last week our tailgate was a little more involved. The game was at 3:00 which meant we got to do a two meal tailgate: breakfast around 10:00 (mimosas, of course) and then a later lunch before heading into the game. Matt’s parent’s came up to watch Bo since we were going to be gone the majority of the day. The tailgate was a great success with about 22 people attending and we even had extra reason to celebrate since 2 friends had gotten engaged the night before! 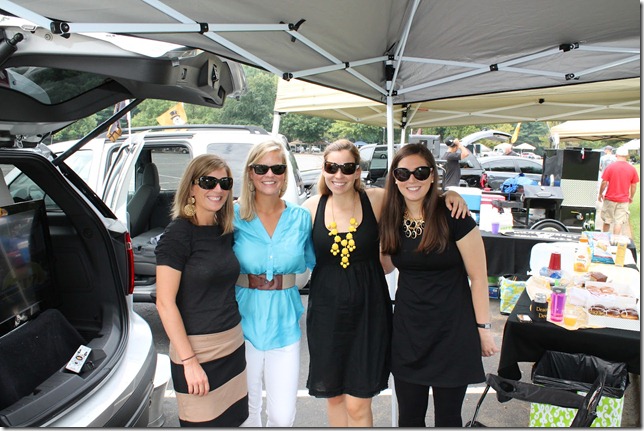 (I borrowed this picture from Anne. Don’t mind Kelley wearing the wrong colors. She doesn’t know any better.)

We were packing up the tailgate to head into the game when all of a sudden the skies opened up and let loose. It was quite a torrential downpour.  Good timing that we had barely gotten the tailgate packed up! Although it only lasted about ten minutes or so, we learned there would be a game delay of 45 minutes to see if another storm cell was going to pass over us. 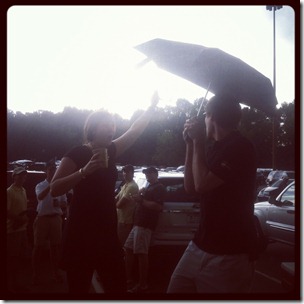 So we did what seemed most logical: pulled out one table, one tent and a bunch of solo cups and started a flip cup tournament. Those 45 minutes standing in the drizzle with everyone crowded around the table, cheering, yelling and spilling beer (and then champagne) everywhere will go down as one of my favorite tailgate memories. Usually we’re all spread out among our three tents, eating and chatting or people are off playing cornhole or washers. Despite the bad weather all around us, it was so fun to have everyone squeeze together under one tent and hang out together before heading into the game. 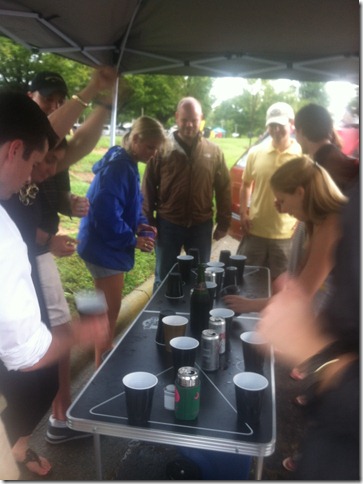 I was honestly a little disappointed when the fun was over and it was time to head into the game! Looks like I wasn’t the only one who felt that way, as the student section remained pathetically empty the whole game. 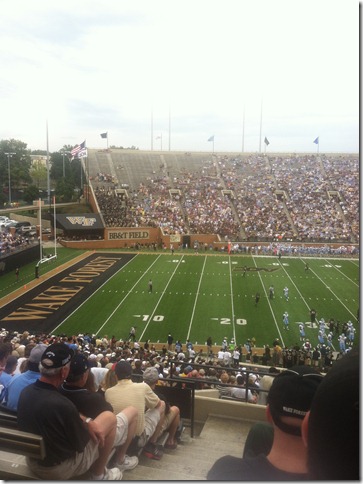 Fortunately though, the Deacs won and it turned out to be an exciting and close game against our I-40 rivals, the Tar Heels. And in just a few weeks, we’ll get to do it all over again… minus, hopefully, the pre-game monsoon.