My "mini vacay" in-between old job ending and new job starting ending up being a very event-full weekend!  Friday night, we went down to Charlotte to see the Kings of Leon.  Matt and I went down fairly early for some tailgating since we had the day off, and took the liberty of spreading out as many blankets as we could to reserve spots for our friends to arrive.  As the sun set and the opening band (The Whigs) started, everyone got there just in time.  The Black Keys played after The Whigs and then Kings of Leon came on.  It was a show – lights, fireworks, smoke.  And good gracious, Caleb Followill has a voice.  Matt and I got Only By the Night last summer from when we had first moved into the house, and I know whenever I hear those songs for the rest of my life I'm going to think of our first summer in our new house. 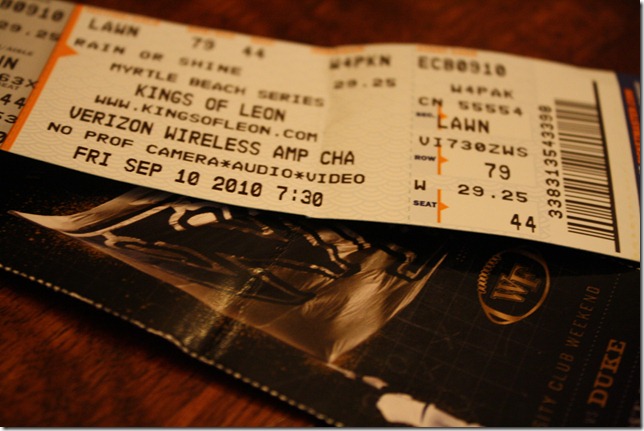 Late night concert rolled into early morning tailgate.  We got up early and hauled all our breakfast fixings over to the lot for the tailgate. Good food, good friends and my car battery did not die this time!  We headed into the game, only to have the sky open up on us in the 2nd quarter.  I'm pretty sure Matt, Locke, Matt J. and I were the only 4 people in the stadium who did not plan accordingly.  We were drenched.  I'm not sure if it was fortunate or not that they were winning - I imagine if we were getting walloped, the boys would have been a little more keen on leaving but as it was, I sat for 4 hours in the downpour and watched football.  For all the times I've gone home after a tailgate and watched the game at home while folding laundry, I think I just got redeemed. 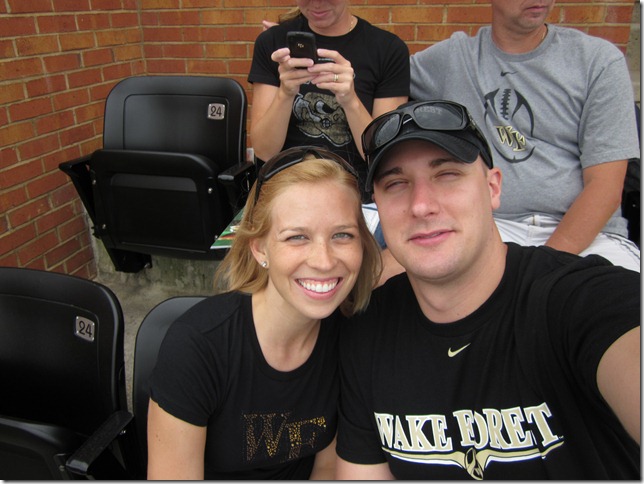 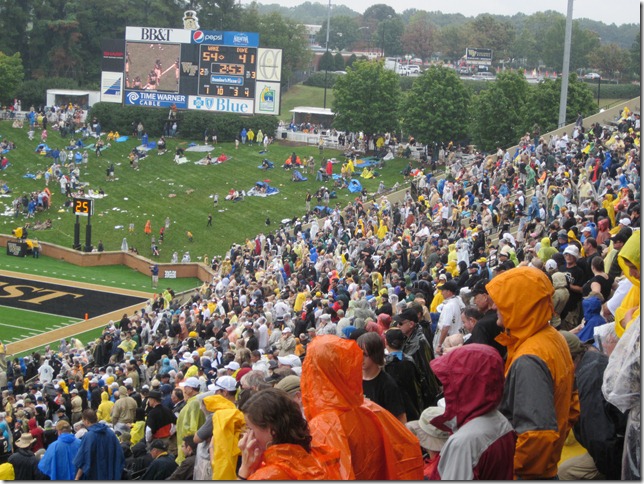 Monday starts my new job - I've got equal part nervous energy jitters and excitement.  I have no idea what to expect, other than what time to show up and where to go.  And that there's a Sheetz on my way there.  Best fountain soda selection ever.  I should be all set, based on that alone.  Wish me luck!