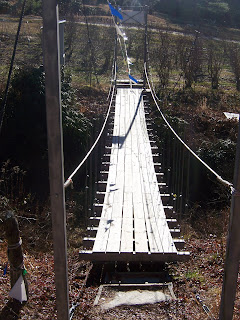 The best traditions are the ones that start accidentally. Last year, we found out by pure coincidence that friends of ours from college, TJ and Fred, were traveling up to Blowing Rock for a weekend with their wives the same weekend we were planning on traveling down to Boone with Matt's college roommate Jason. We were staying at Matt's grandparent's house in Boone, and intended to pack the weekend full of Guitar Hero, Street Fighter and some seriously long bouts of Doing Nothing. We met up with TJ, Fred and wives Kelli (TJ) and Michelle (Fred) the Saturday of our weekend and had one of those laugh til your stomach hurts kind of nights together playing Catchphrase, drinking wine, and taking ego pot shots the way that only college friends can do.

This year Jason came to town to take his LSATs here at Wake (and I suppose to visit Matt) and we found out the same crew was headed to Blowing Rock again. After the test Saturday we headed down there, making it officially a 2nd annual winter weekend in the mountains. The catch phrase was just as intense - in fact I'm surprised marriages survive being on opposing teams. The wine (and sweet tea vodka) flowed just as freely as did the barbs, and the laughter never ceased. Saturday night we went to a local BBQ joint where a Toby Keith-wannabe belted out his renditions of everything from Rocky Top to Mud on the Tires while the patrons clapped, whistled and clinked together mason jars of Budweiser. After dinner, we headed back to beautiful Chetola where the rest of the crew was staying. 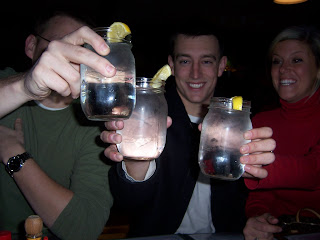 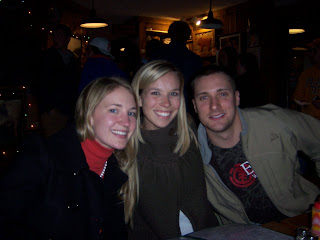 The Catchphrase battle picked up about 9 pm with 3 rounds of North (me, Fred, Michelle and Jason) vs. South (Matt, Kelli & TJ.) In case you're wondering, the North won all 3 times. No surprise there. As the battle heated up, we traded teams (me, TJ, Matt and Kelli) vs. (Fred, Michelle and Jason). The 4-person team won again - an unfair advantage to have an extra brain? The Girls decided to test this theory and went head to head against the 4-man team of The Boys. It was a close and heated battle. Wine bottles were knocked over, fingers were pointed, marriages were tested. We were down 0-6, closed the gap to 6-6 and then took a 4 point lead to make it 10-6. Playing to 16, the boys closed it up again with another 10-10. We were point for point all the way to 16, but in the end the boys (yet another 4-man team) were triumphant. At the close of our 5th game, the clock had struck 3:30 am, so we unwillingly called it quits. 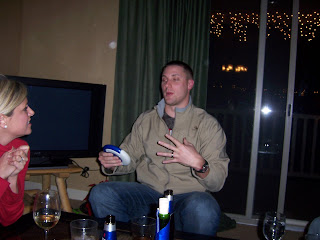 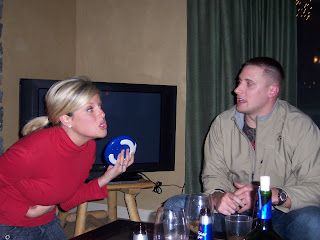 The next day we had a recovery breakfast at Mountain House - Boone's very own version of Cracker Barrel complete with a front room full of tchotchkes for sale. Personalized mailbox flags anyone? Greeting cards with "When You Were Born...." anecdotes? Bike license plates? (They never have Meghan with an "H"... such a farce.) After a hearty mountain breakfast, we worked it off walking up and down the side of a small mountain trying to find the perfect Christmas tree. Granted, Matt and I have set up Ye Olde Artificial again this year, but partaking in the quest for our friends' tree (as well as the much needed exercise) was nearly as exciting had it been for our own living room. Nothing like getting the delicious pine smell, mountain air, hot cider experience without having to vacuum up the needles at home later on. (NTS: Yankee Candle mistletoe candles go on sale after Christmas don't they? There really is nothing like that smell...) 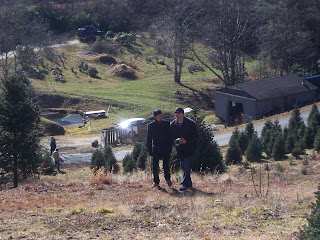 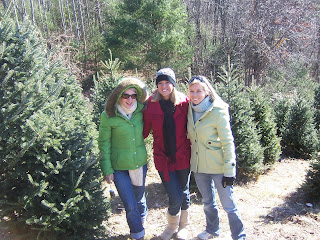 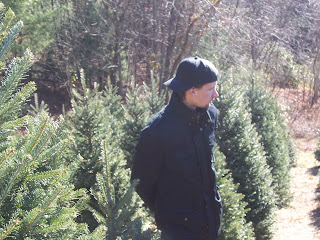 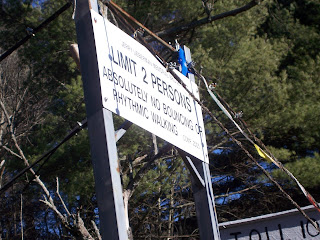 The ride home was a quiet one, but the 24 hour escape to the mountain was enough to refresh us and kick start December off with the true holiday spirit: the smells (the aroma of pine, the notes of red wine) the sounds (squabbling over Catchphrase sounds uncannily like my dad's siblings squabbling over...well, everything), the sights (we saw our first snow of the year in the mountains) and the spirits (uplifted!). Here's to our 2nd annual providing the kick-start to a month of more traditions and holiday spirits.